Yoda has come out of hiding and will be arriving to the game soon! I managed to capture some footage of Hermit Yoda in action with some arena gameplay I captured while visiting Capital Games (SWGOH's HQ).

Some quick facts about Hermit Yoda:

Hope you enjoy the video and stay tuned for a video coming out 12PM CST tomorrow showcasing Territory Battles! It'll be a comprehensive video telling you everything you need to know in preparation for its release! 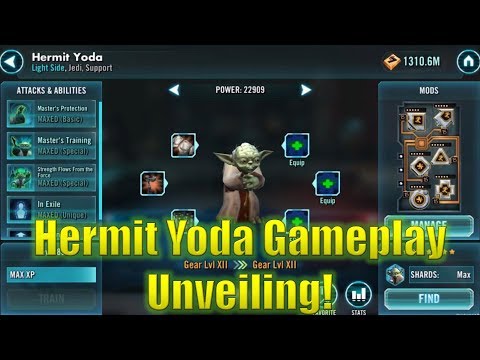