Have you unlocked the legendary Grand Admiral Thrawn and looking to share your vast tactical knowledge of this imperial hero with the community?

Are you a newer player who would like to borrow a really strong Grand Admiral Thrawn to use on the Dark Side, Cantina, Mod Battle or challenge holo-tables?

Are you an older player who did not unlock Grand Admiral Thrawn but want to test him out? 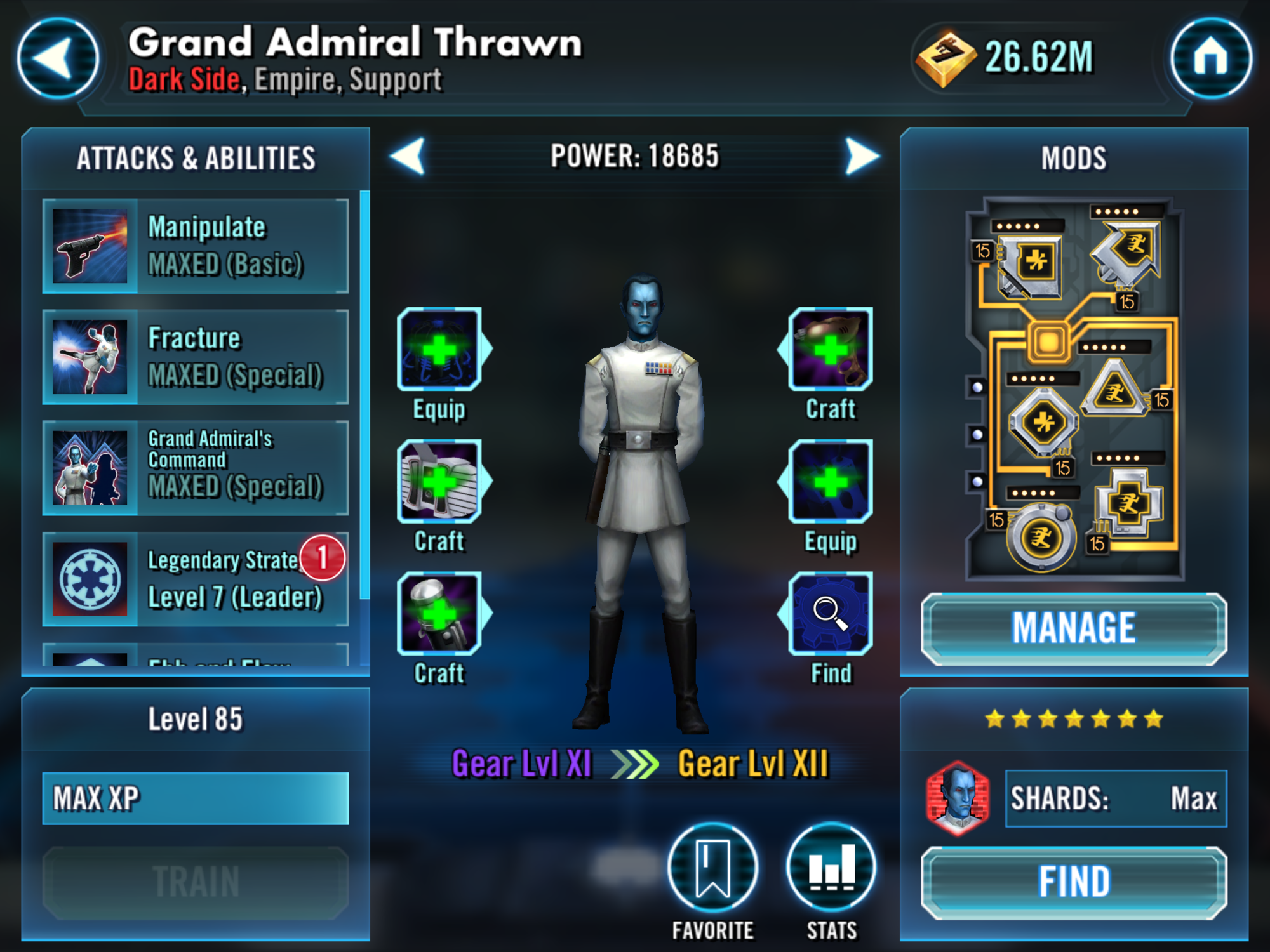 Then Lend your hero by the following rules:
> Post your ally code if your willing to share your Thrawn with the community!
> What tables you have the lead set
> No additional text or the post will be edited/removed
Wicked Sith Queen with the Pink Saber
Post edited by Sunnie1978 on January 2018
0