Hello Holotable Heroes!
In a previous post about Territory Battle Cadence and Reward Changes I mentioned that we would be investigating tools for Guild Leaders and Officers that would help make coordination easier for Territory Battles.
We wanted to follow up with you to let you know what those tools are, and when you can expect to see them in the game. These specific tools were determined based on the behaviors we are seeing in Territory Battles and also from collecting numerous points of feedback from our beta testers and from the players in the forums, so thank you for providing it! They will be usable in Territory Battles and the upcoming Territory Wars feature as well and will be released in the Territory Wars update. 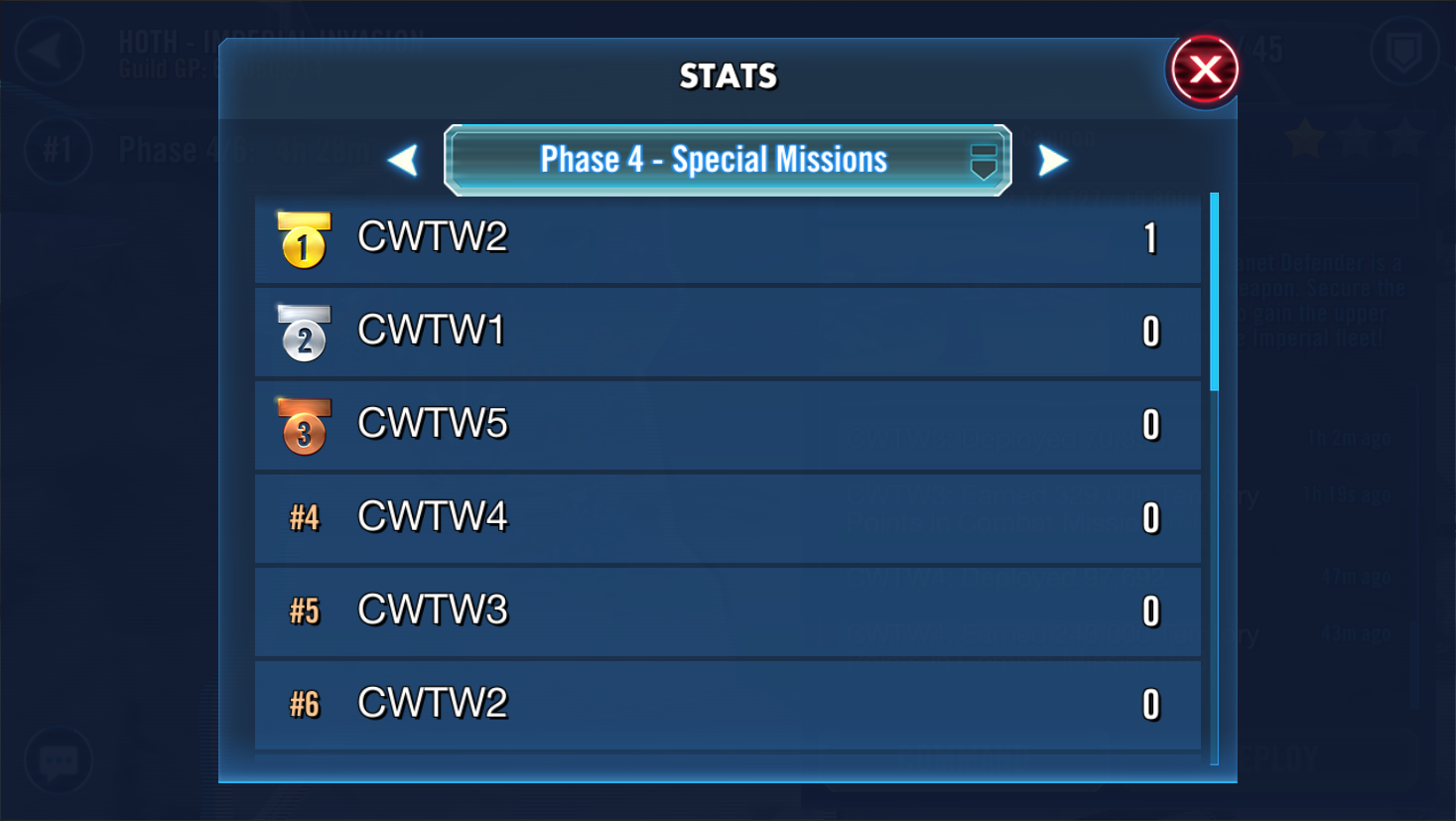 Viewing Player Contributions by Phase: We’ve added leaderboards to “Stats” for tracking more detailed player actions in Territory Battles. These include Territory Points earned, Galactic Power deployed, Combat Missions attempted, and Special Missions attempted per phase. This will allow everyone in the guild to be able to view individual player contribution by phase, instead of simply overall contribution. 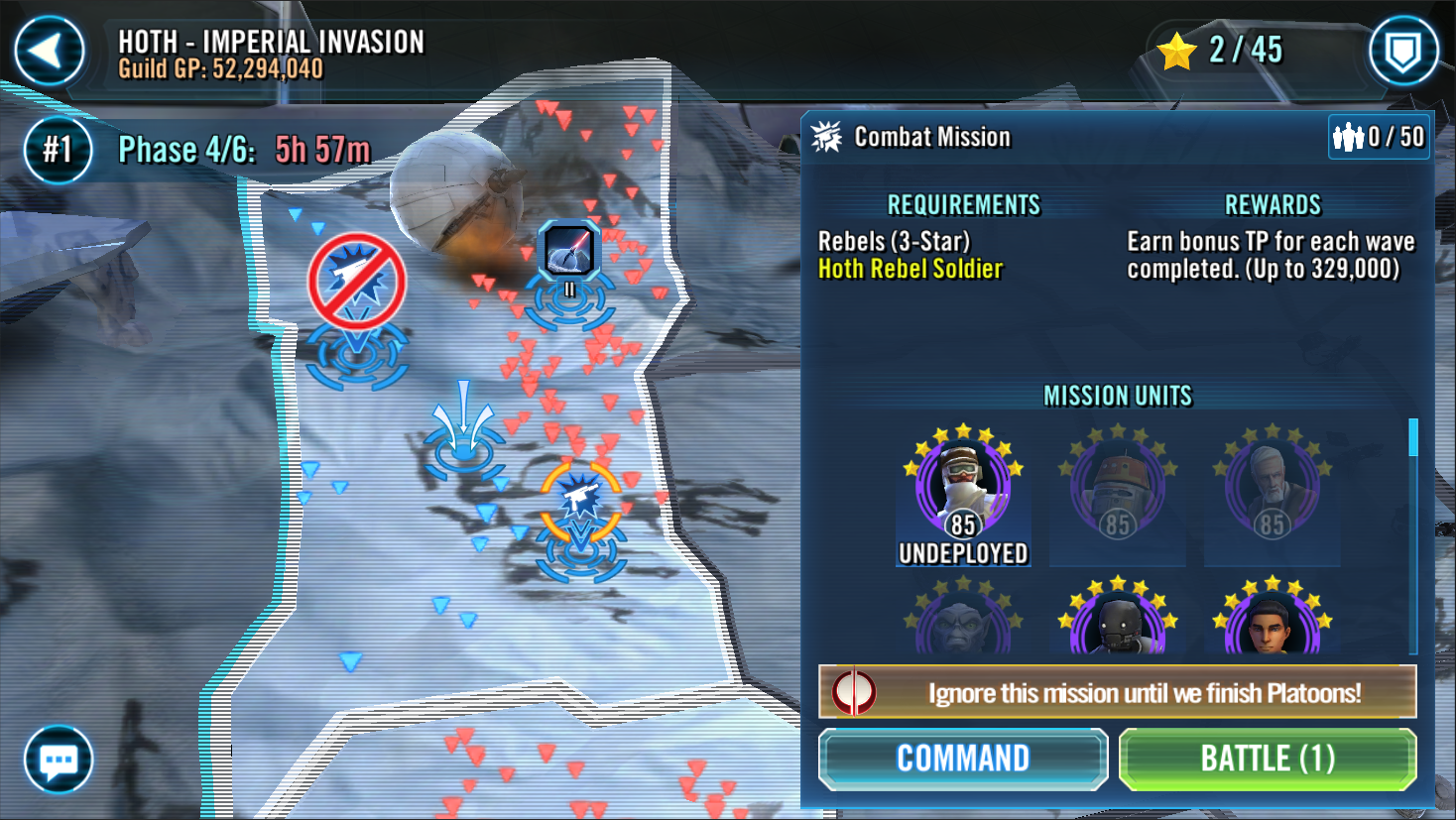 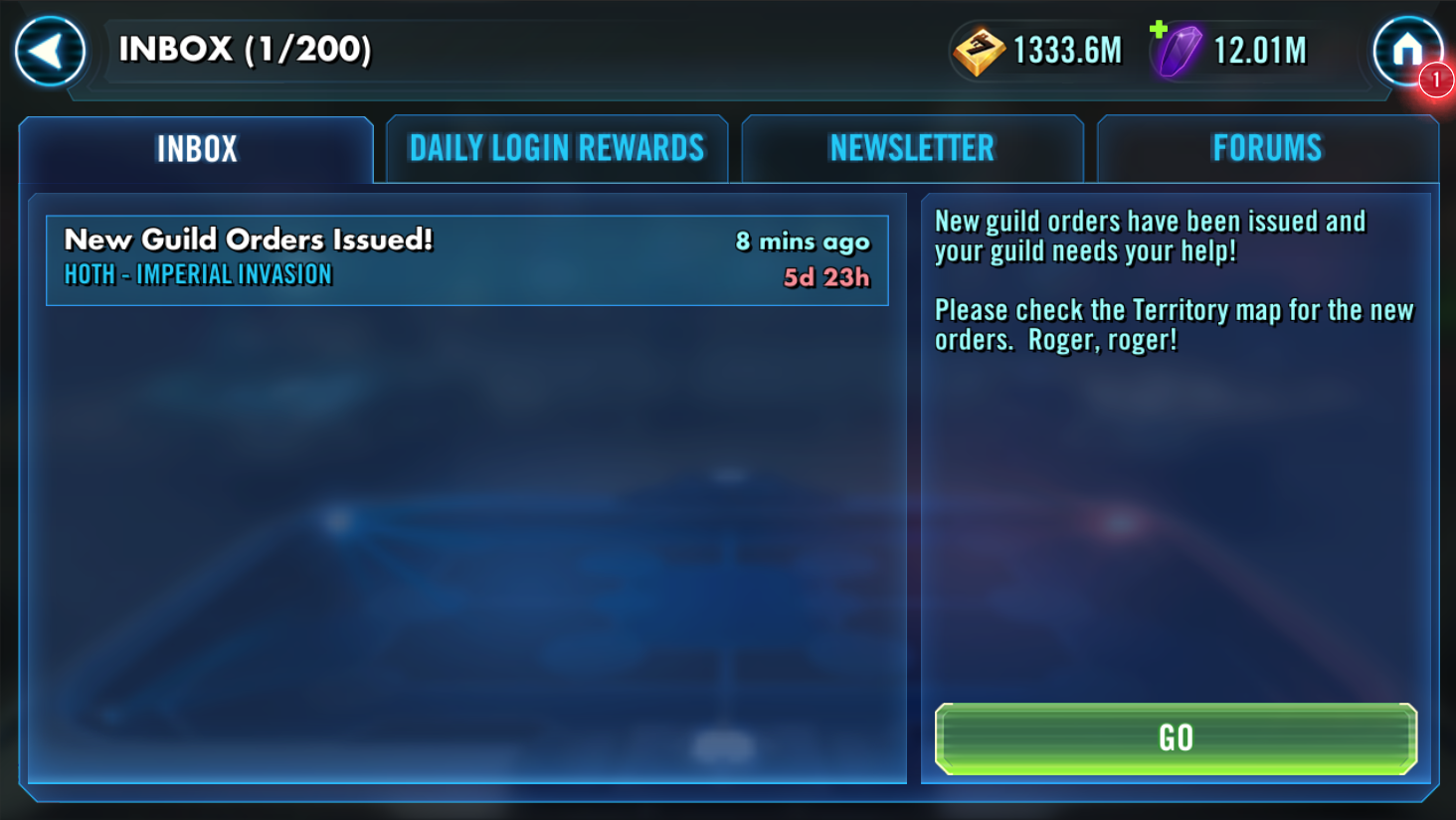 Contribution Max Lock: Once a territory has reached 3 stars in Territory Battles, players will no longer be able to participate in the deploy and combat missions on that territory. This has been a frequent ask to prevent players from accidentally wasting their potential contribution. Platoon Missions and Special Missions will still be available.
Star Achieved Message: An activity log message is now displayed when the guild reaches a star on a territory. This helps with the situation where a guild officer sets a message such as "Only deploy until we reach 2 stars." Now the officer has more information on if players deployed after 2 stars was achieved.

We are excited to see how you are able to improve your guild strategy in Territory Battles with these features, and are planning on sharing more details about the Territory Wars feature very soon.
-Carrie

<<MEGATHREAD>>
Senior Producer, Galaxy of Heroes
Post edited by Kozispoon on November 2017
0
Reply to this topic
This discussion has been closed.