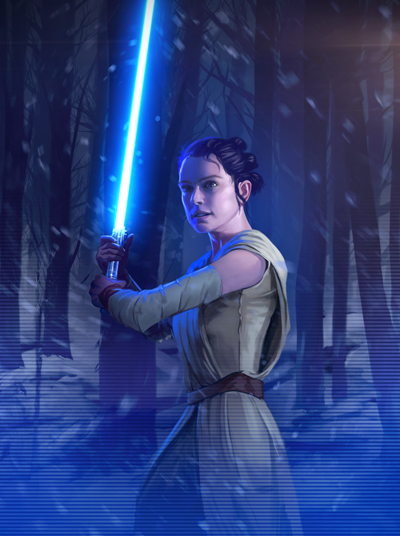 From being a scavenger on Jakku to the destruction of Starkiller Base, battle through the iconic moments of REY’s hero’s journey in this multi-tiered event! Succeed and attain Rey (Jedi Training) to add to your Holotable Squad.

In addition, completion of the event includes some pretty heroic achievements! You can find a listing of achievements obtainable via this event below:
NEW CHARACTERS
Our newest Hero's Journey begins! For more information on Rey (Jedi Training) further details can be reviewed via the Character strategy post linked below:
PvE & Enviorment
SHARD SHUFFLE
The following content is now available in the following locations:
Chromium
Fleet Packs
PVE Shipments
PACKS AND BUNDLES
We are extending the Dark Side Starter Bundle, Jedi Starter Bundle, and Rancor Raid Strategy Bundle date to 12/19. After 12/19 these bundles will turn off and only appear for players who progress through the minimum level requirements. Hurry, while you can!

Faction Pack (Jedi)
Ready your Jedi for the battles ahead with the JEDI FACTION PACK! Each pack awards one card of character shards worth between 10 to 330 Character Shards for Jedi characters.
Card 1 - one of the following: 699 Crystals
No purchase limit
Minimum Level requirements: 21+


Faction Pack (Sith)
Ready your fearsome Sith for the battles ahead, with the SITH FACTION PACK! Each pack awards one card of character shards worth between 10 to 330 Character Shards for Sith characters.
Card 1 - one of the following: 699 Crystals
No purchase limit
Minimum Level requirements: 21+

General
Characters
Guild Events
WHAT'S AHEAD
Who's in Command here? One only has to Look.