DarthMaestro
8 posts Member
February 7, 2018 5:55PM
Can you add the feature for us to be able to name the sub-squads off of the tabs? For instance, I have a tab for my PIT raid. I'd like to be able to name the squads underneath of it for easier identification. Naming them thing such as "piggies" makes it easier to know that is the squad to use for the first phase. Naming them Rancor will be easier to let me know I should use it for phase two.
It would also be helpful for those guilds that are still working on HAAT so they can name the squads based off of the phase they are on. If I understand correctly, most people have a squad for phase one, phase two, etc.
I especially like this idea for TW where my guild has instructions as to which squad should go where so it would make it easier to have my squad listed as "Zone 3" rather than trying to remember it all.
*I already started a side qol on this but having the ability to put ships into squads would also greatly help for TW!.* Here is the idea that I'm hoping I have verbalized correctly: 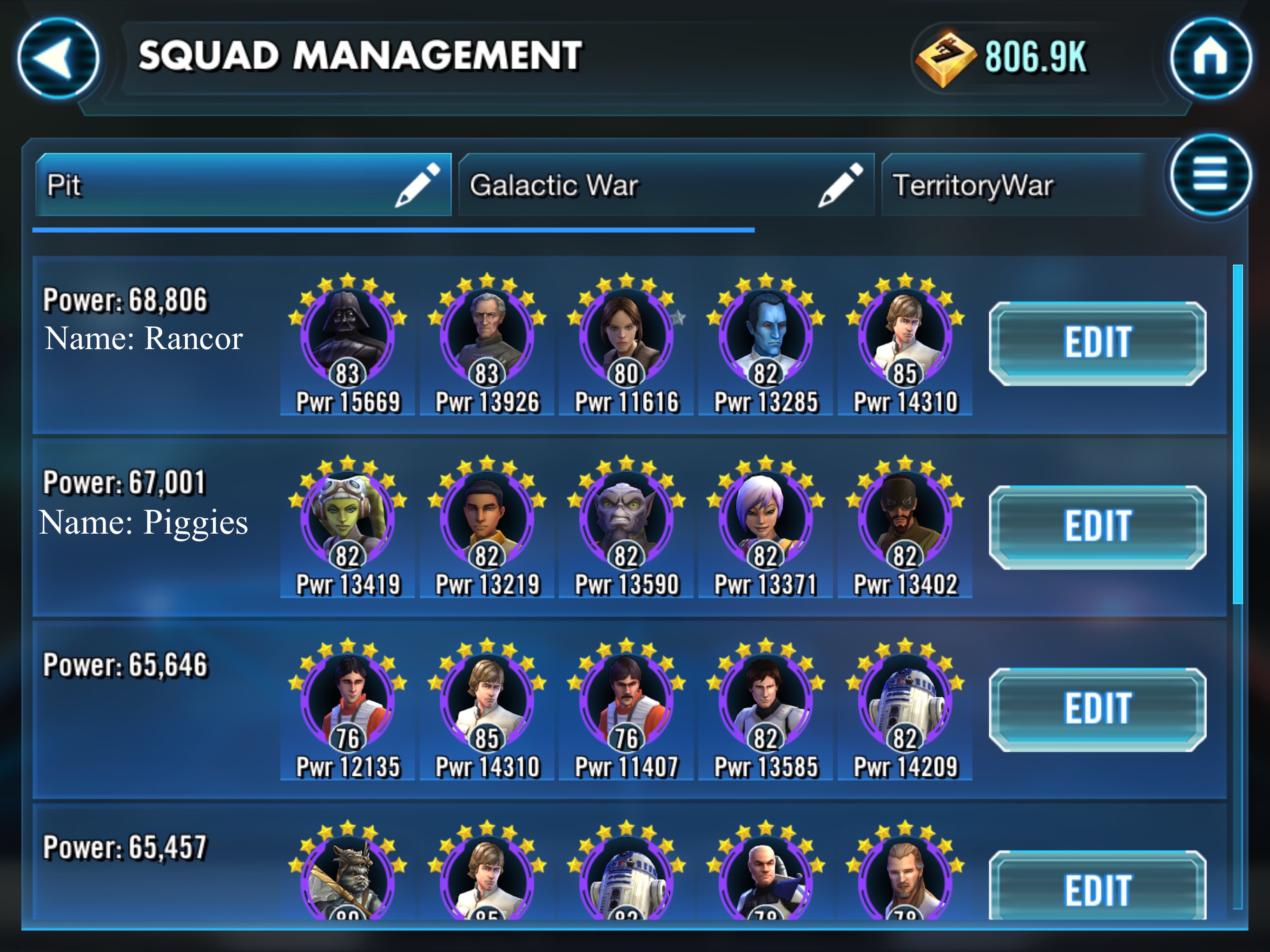