I know when I was sweating the prep for the event, I tried to find every youtube video possible to see minimum efforts. A lot were low gear people but had a Kylo Zeta or every toon with omega abilities at Gear 8/9. To me, this didn't showcase what it could realistically be attempted at with minimum effort. While this attempt can definitely be done with even lower abilities/gear, I think this is a pretty fair attempt for the average user. No toons had any omegas/zetas and average mods (Kylo Unmasked speed leadership ability is a big benefit). At the start of the video I showcase each toon and the speed I had as most videos I watched in the past lacked that detail.

Hope it helps in future attempts. 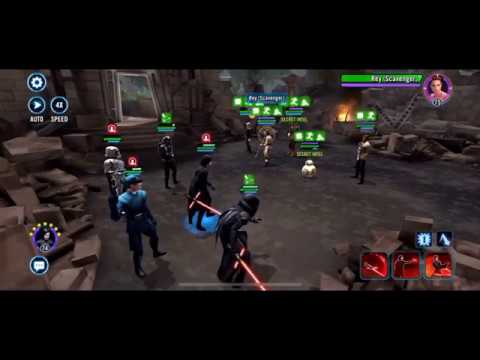