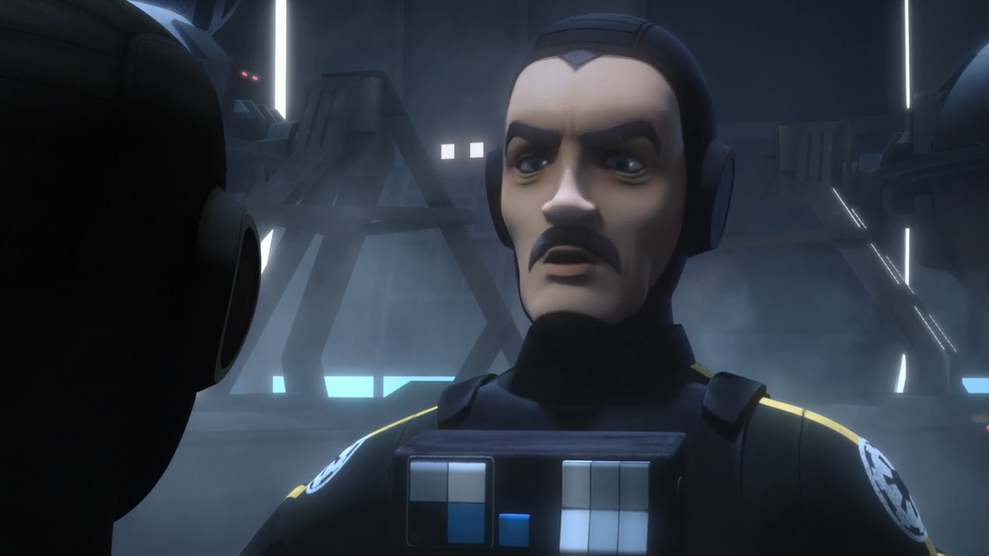 Deal Physical damage to target enemy with an 80% chance to inflict Daze for 2 turns. If the target Resists, Dispel all buffs on them. If the target Evades, call another random Empire ally to Assist.

Deal Special damage to all enemies and remove 35% Turn Meter from them. If any enemies are Critically Hit, inflict Target Lock on them for 2 turns. Then Empire allies gain Defense Penetration Up for 2 turns. This attack cannot be Evaded or Resisted.

Ace of the Imperial Navy (UNIQUE)

Skerris has +30% Accuracy, +30% Critical Damage and gains 8 Speed for each Empire ally and each Rebel enemy. If TIE Fighter Pilot is present he also gains these bonuses. While Skerris is active, Target Locked enemies have -25% Offense and Defense, and can't use Special abilities.