Today we are launching our third and final major set of changes to mods. We’ve saved some of most exciting changes for last with Mod Energy, Slicing and Rarity 6 Mods rolling out in this update!

Mod energy is available to be used in Mod Battles or Mod Challenges, so you can now save your Cantina energy for farming characters and still earn mods daily. Veteran players can start slicing their top mods up rarity 6 and create even more powerful mods. We have also introduced Weekly Shipments, a new store with a once a week selection of high value items. Finally a place to spend those Ally Points!

Looking for the first or second round of Mod Update notes? You can find all the latest Mod news HERE! 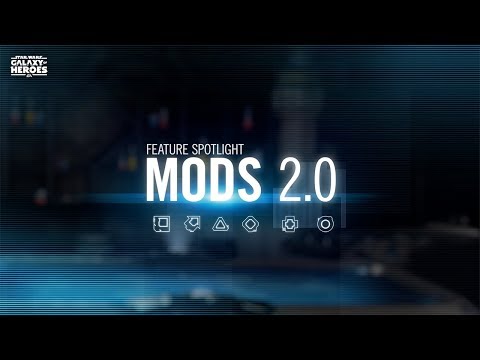 Depth: These features are meant for players that would like to continue to make their mods stronger. When designing these features we focused deeply on respecting the investment that current players have already put into their mods.

Balance: Create more diversity in the mod meta by elevating some of the sets and secondary stats that are currently under-utilized. Secondary Stat changes are exclusive to rarity 6 mods.