We previously mentioned that the Territory War Rewards for this month would be moved into Grand Arena, however that doesn’t effectively cover players who regularly play in Territory Wars and are below 85.

Instead, to simplify this process, we will be sending out regular (4x) inbox messages to all players Level 65 and higher with rewards comparable to what you could have earned in Territory Wars.

Below you will find the rewards for one Territory War that would be earned by first-place guilds in the 160 million Galactic Power bracket. We will also be including an additional Territory Battle into this month’s schedule to further increase the overall rewards that you can receive.

First place rewards will be granted in place of the Territory Wars that would have begun on 12/19, 12/23, 12/27, and 12/31. Inbox messages containing those rewards will be delivered on that schedule. They will be available to be collected for three days each. See below for the full list of rewards that will be sent to your inbox:

Additionally, we are adding more rewards to the Grand Arena. Grand Arenas will now reward omegas and zetas (depending on how well you do). To accommodate the increased rewards, we are slightly reducing the salvage. Here are the rewards for the upcoming Grand Arenas in December.
Please note that there is a bug with the Grand Arena UI that only allows us to display 3 rewards at this time, but you will receive all the rewards listed for the rank you achieve. 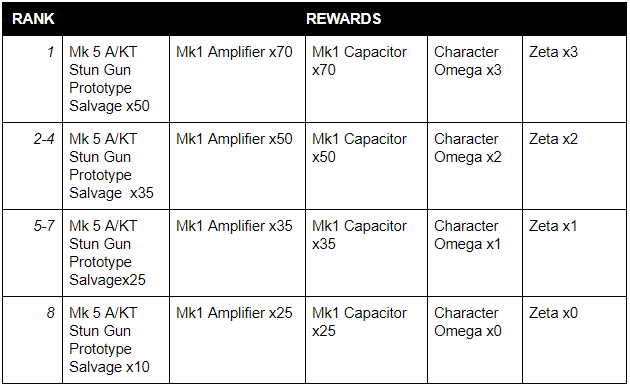 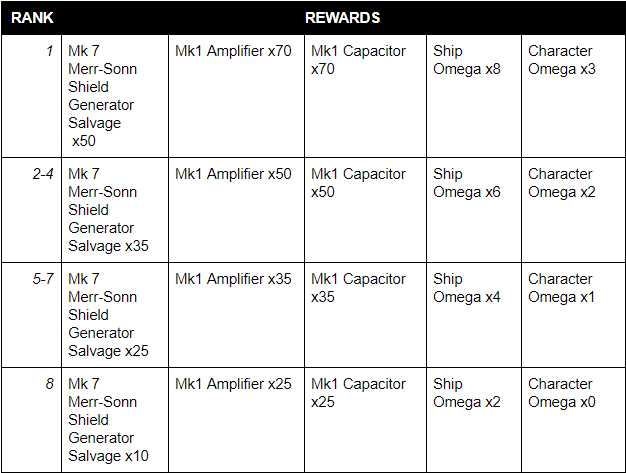