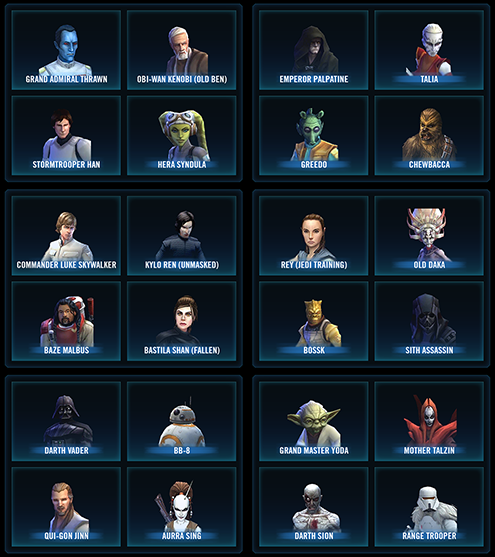 Our Picks:
Unavailable Characters:
The following characters were included in the poll but were not chosen by the community or Capital Games. These characters will be unavailable for the next Territory Wars:
NOTE: You will still be able to use the ships in this Territory War that had their pilot(s) removed.