Are you Ready to Claim the Sith Throne? 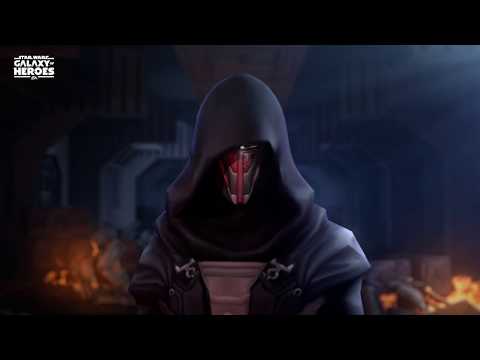 “When they left after the Mandalorian Wars ended, they were Jedi. When they returned… they were something else.” - Carth Onasi

Have you heard the tale of the Jedi who left to investigate the rumors of a Sith Empire and returned as a Sith Lord? After using the star forge to create a massive fleet, Darth Revan has returned to crush the Republic and defeat the Jedi once and for all. Darth Revan is a powerful Leader who ruthlessly drives a team with a new debuff, Ferocity, which sacrifices Defense in favor of more Offense. Darth Revan is particularly adept at defeating enemy Leaders while striking a new debuff, Fear, into the hearts of enemies.


The previous version of this video went live earlier today that contained a date of March 21st. This was posted in error and the date is not finalized at this point. The Scourge of the Old Republic event could start on this date, but there are still aspects we are finalizing, and we can't commit to a date unless we are absolutely certain it will go live that day. That said, the event is highly likely to start in the next 1-2 weeks barring any major issues. Thank you for your understanding and hope you enjoy the trailer.
Post edited by CG_SBCrumb_MINI on March 2019
56
Reply to this topic
This discussion has been closed.