Rangerj1999
8 posts Member
April 10, 2019 9:54PM
Reality Skewed Gamers went to Disney in Orlando for a charity run for the American Cancer Society. Good times were had, members of the community were met... and then they returned to insanity! CG changed the number of attempts on hard nodes from 8 to 5. Disappointment did hit the RSG crew, but not nearly as much as many in the community. Claims of the end of f2p hard node farming, chaos for f2p, petitions, and utter chaos ensued! Anger directed at those who said the 8 attempts was temporary spread like wildfire... all the while the RSG crew was disappointed, but not angry. Join us as we discuss these changes, the puzzle, and discuss our Disney excursion in this episode of SWGOH Live Stream! 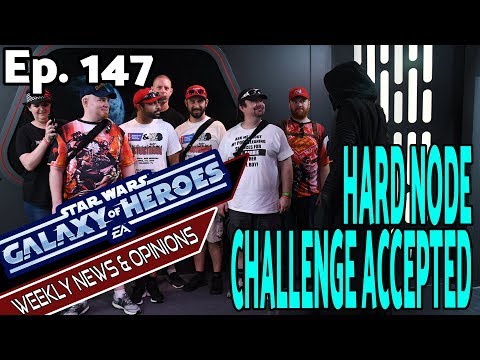