Rangerj1999
8 posts Member
May 8, 2019 10:19PM
Grand Arena and TW has long been questioned for its accuracy. Multiple reports have come in for months about the mod bug and people's mods changing in TW and GA, but no changes were announced. But now, a video has been made that reveals how those mod changes happened. How were they made? Should you do it? Does this affect the integrity of the game? Join us for that AND MORE on this episode of SWGOH Live Stream, the longest running weekly live stream for Galaxy of Heroes... EVER! 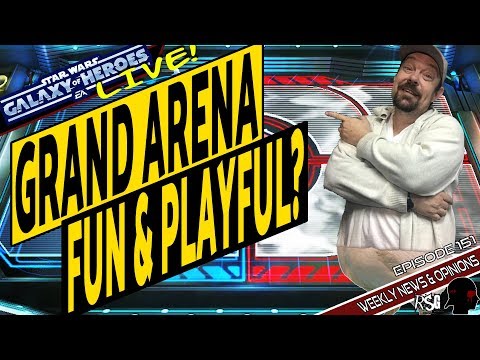