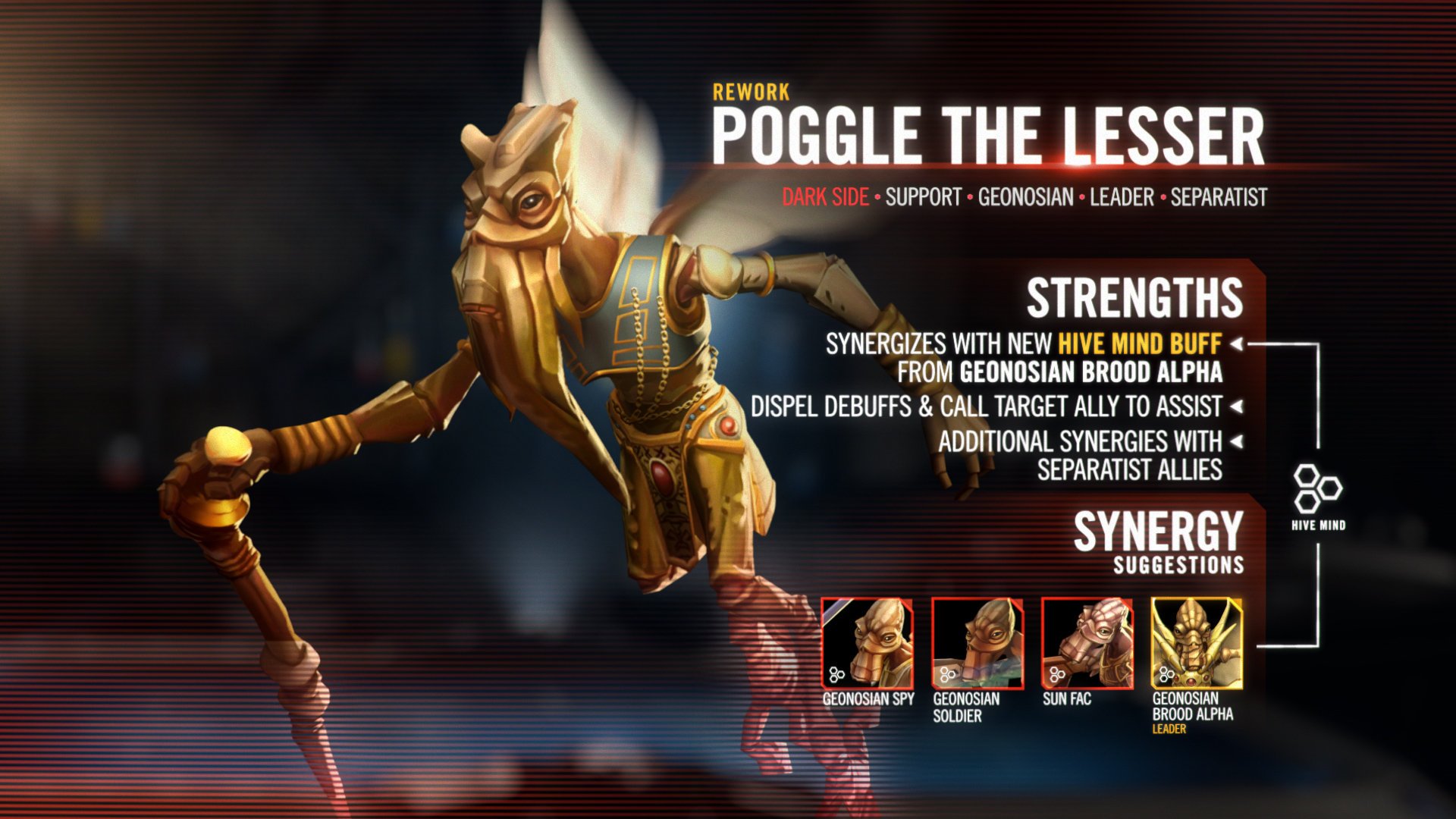 Special 1: Warlord's Resolve (Cooldown 4)
FINAL TEXT: Poggle dispels all debuffs on all allies and gains 4% Turn Meter for each debuff dispelled. Grant all Separatist allies Offense Up for 3 turns. Then, call another target ally to assist.


Unique 1: Hive Tactics
FINAL TEXT: Poggle has +5% Evasion for each other ally with Hive Mind. Separatist allies without Hive Mind have +25% Offense, and gain an additional 25% Offense for each defeated ally.
Hive Mind bonus: Geonosian allies remove 1% Turn Meter from target enemy whenever they attack out of turn.