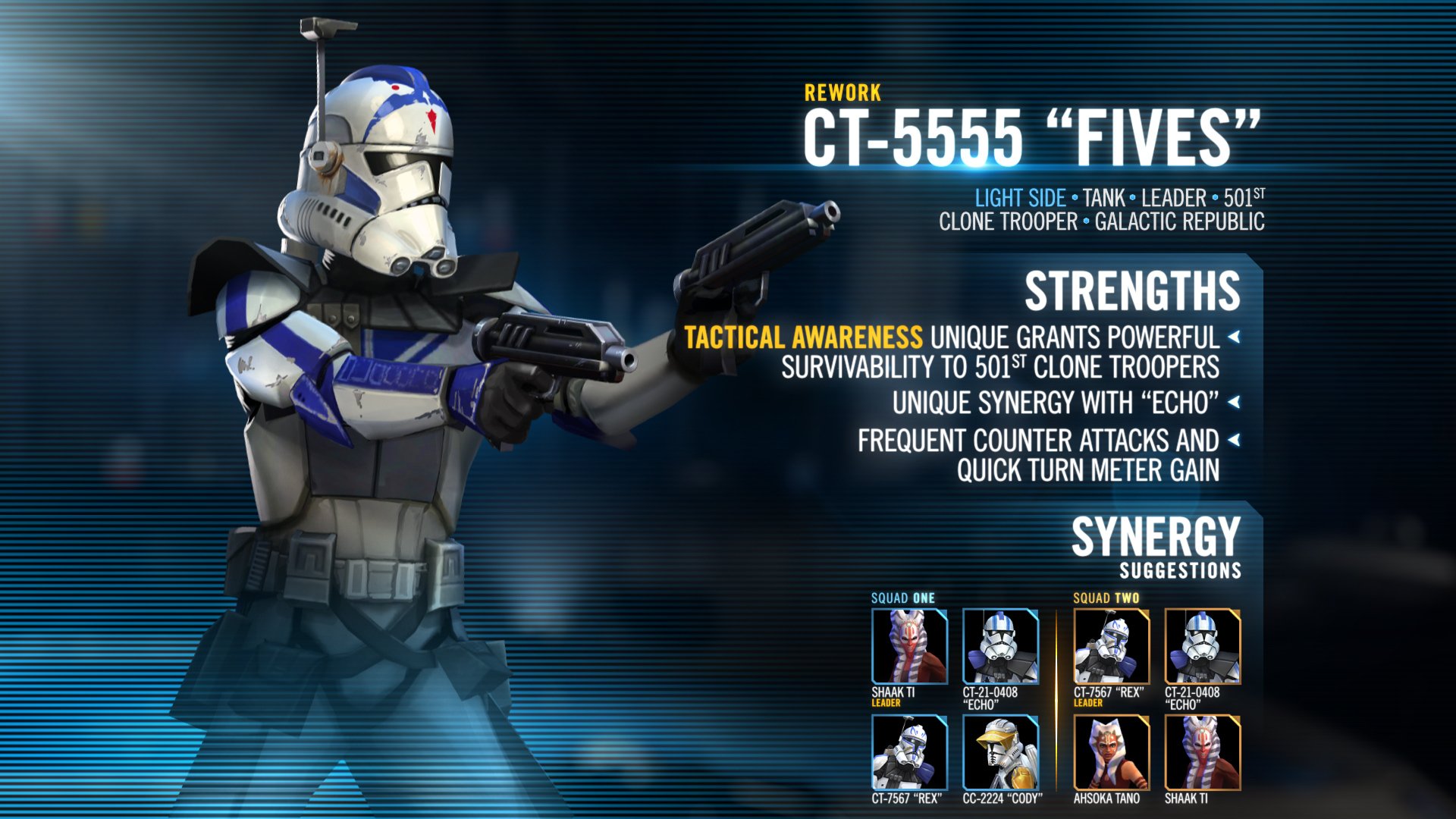 FINAL TEXT: Deal Physical damage to target enemy and inflict Speed Down for 2 turns. If the enemy was already inflicted with Speed Down, attack again.

If Echo is present, Fives has +100% Defense when Taunting, or deals 100% more damage when not Taunting.