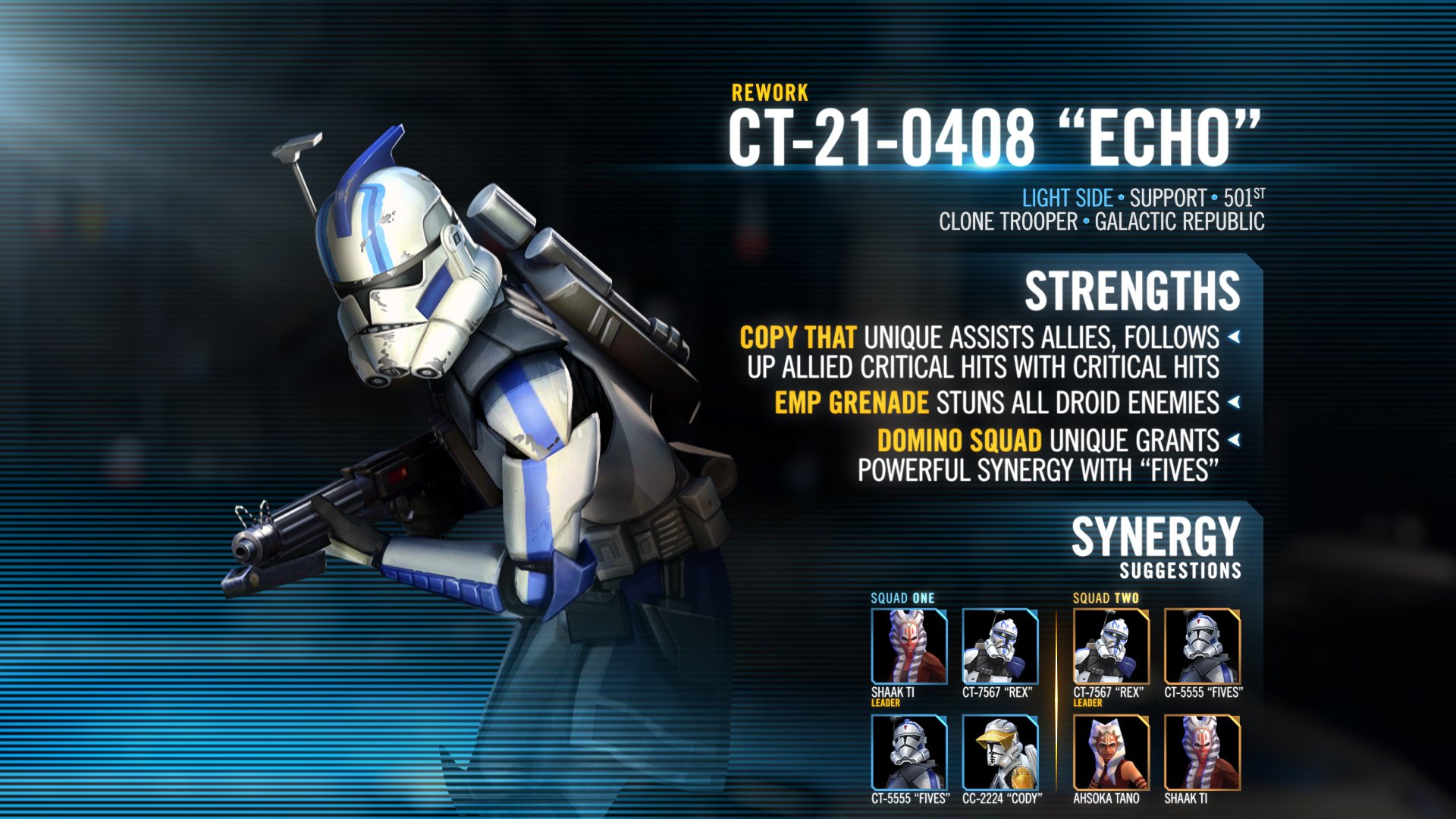 
FINAL TEXT(OLD): Clone allies recover 7% of their Max Health whenever they use a Basic ability. This effect can't trigger more than two times before their next turn, and is disabled if Echo is defeated.
FINAL TEXT(UPDATED): (ZETA) Clone Trooper and 501st allies have +20% Critical Chance. When an enemy evades an attack from a Clone Trooper or 501st ally, Echo deals damage to them equal to 20% of their Max Health, which can't be evaded.

If Fives is present, Echo deals 100% more damage when Fives is Taunting, or has +100% Defense when Fives is not Taunting.
Post edited by CG_SBCrumb on August 2019
10