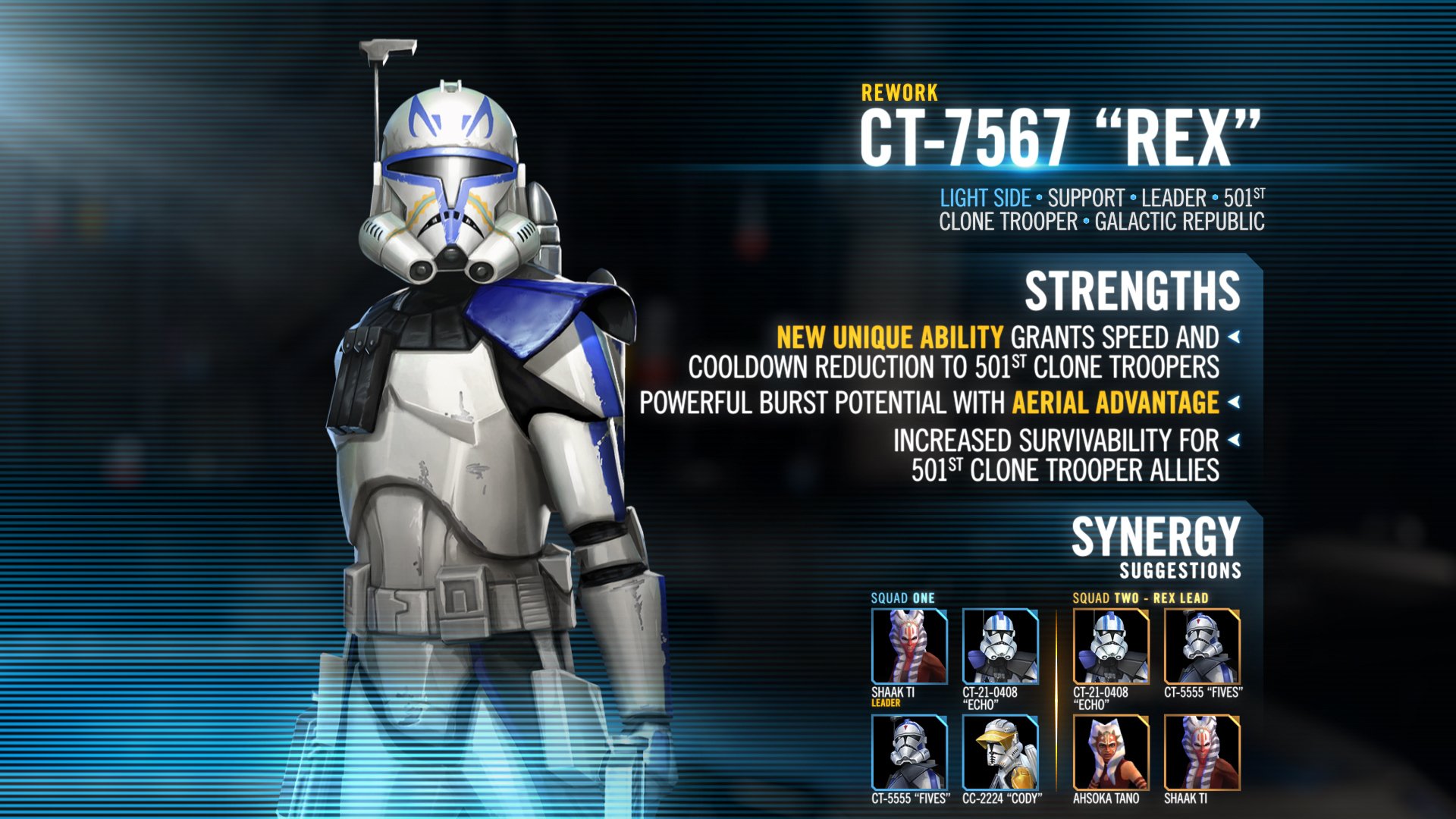 FINAL TEXT(UPDATED): (ZETA) All 501st allies have +4% Speed for each 501st ally present at the start of battle. Other 501st Clone Trooper allies reduce their own ability cooldowns by 1 at the start of each of their turns.

If Ahsoka Tano is an ally, she gains Critical Hit Immunity for 2 turns whenever she falls below 100% Health.
9