You people (CG) really have no clue what wins matches do you?? Do you guys actually even play the game as some of you claim?

Speed wins matches plain and simple. One speed difference in a mirror match can easily cost you a win. Where does the majority of a characters speed come from, mods and g13.

G12 finishers add 8 speed while a g12+ adds 6 speed a piece. That’s 20 speed and that’s a HUGE advantage that goes to g13 characters. That’s not even counting the other stats like Offense, Special Damage, Health Steal, etc that are getting buffed from the g12 finisher and the jump to g13.

A set of 6• mods add 7 speed and BIG boosts to other key stats, obviously.

What about the useless Zetas players used on characters for other game modes like Hoth LSTB for example. That Jyn zeta isn’t going to help in GAC one bit. What about old meta zetas such as Qui-Gon or Maul. If you argue these are still viable Zetas then you obviously aren’t playing in Division One. I have no doubt in the lower Divisions these zetas can be viable but the biggest matchmaking issues are obviously in Division One.

In conclusion, g13 characters and 6• mods need to count more as far as matchmaking is concerned. 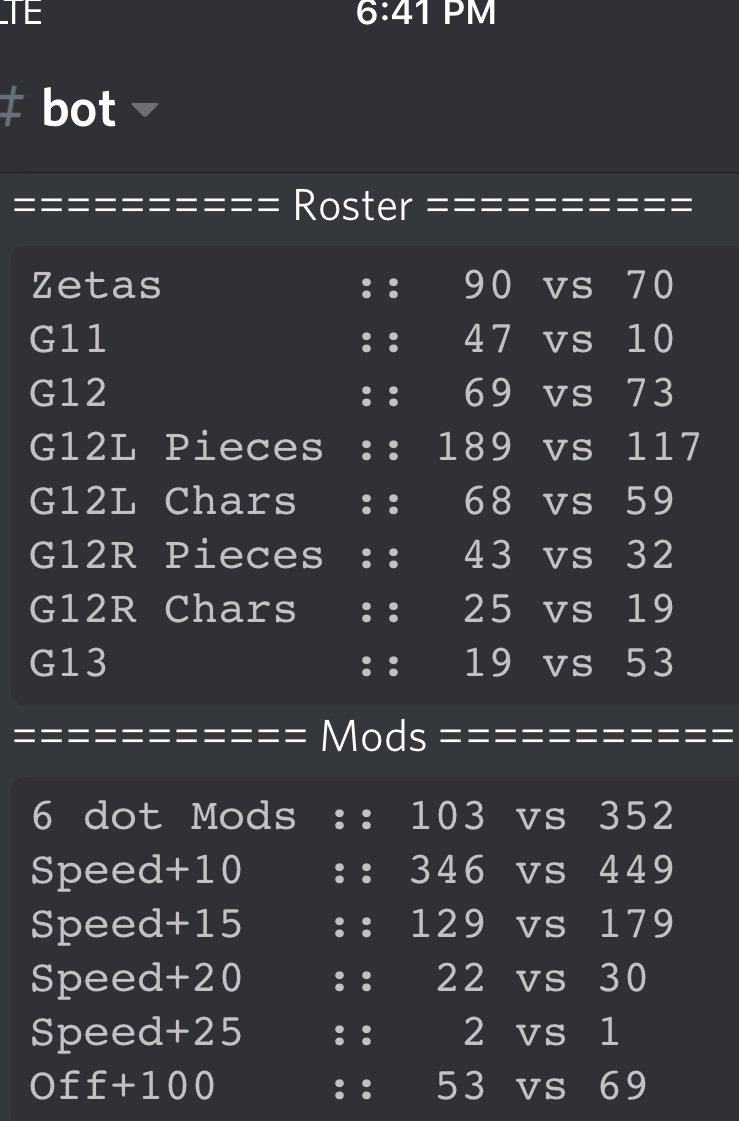 Just one example. I could share countless screenshots of lopsided matchups and so tons of players.