Today’s Developer Insight covers a character you may not be too familiar with, the Sith Trooper! He was revealed at San Diego Comic-Con, but how he fits into Rise of Skywalker remains a mystery. Our game designer, CG_Prophet, explains how this new unit fits into a First Order squad and answers where I can buy some of that awesome red armor. 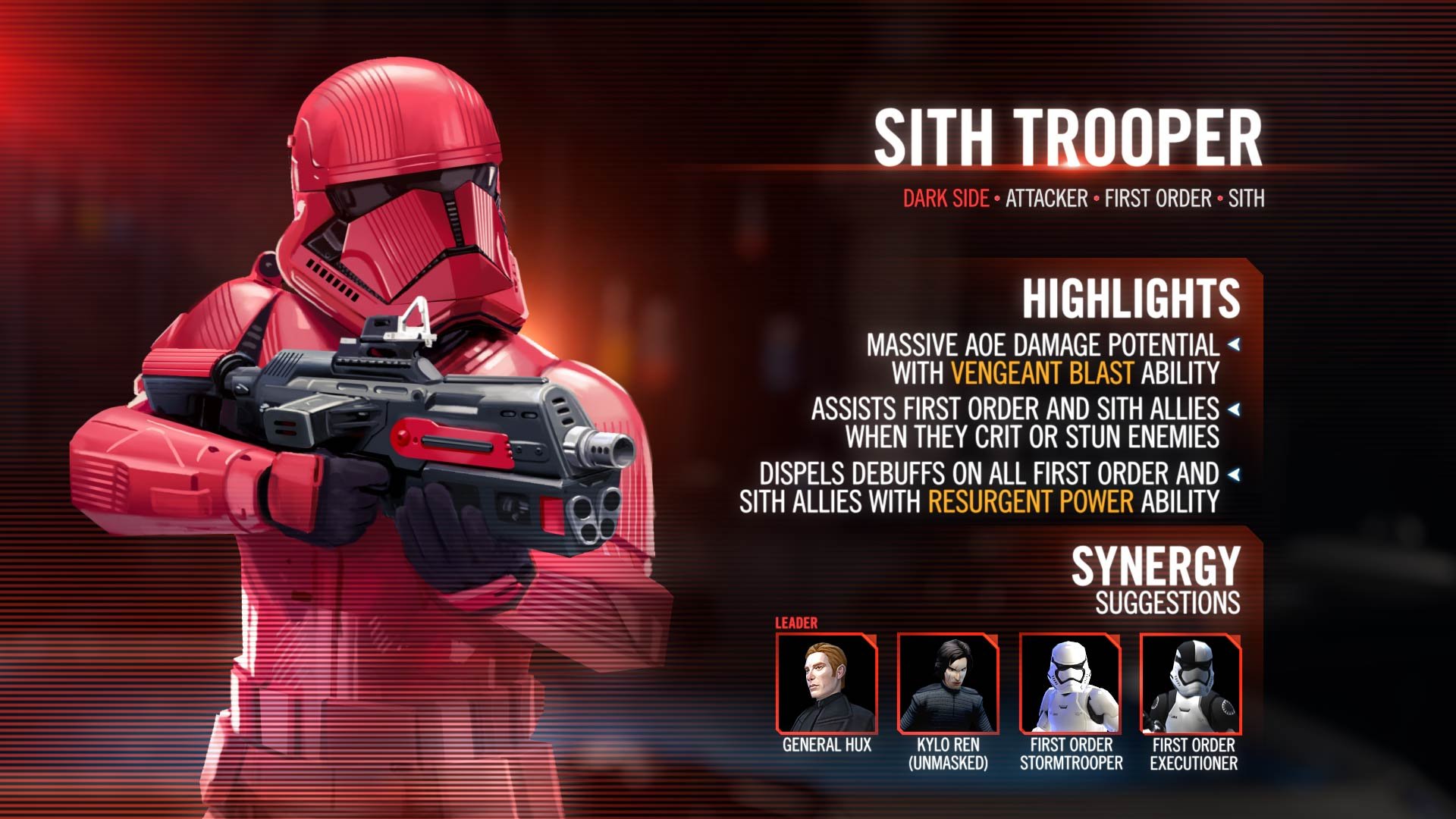 Q: Where did the Sith Trooper come from?
Q: Why did we bring this character to the holotables now?
Q: Where did you get inspiration for the kit?
Q: Why makes this character interesting and unique?
Q: What is your strategy in battle?

Q: Anything else you want to add?
Post edited by CG_SBCrumb_MINI on December 2019
13