HKFactory
204 posts Member
February 8, 2020 4:45AM
Looking at it I think that the placement of some character shards doesn’t make much sense when considering a few other factors, I’ll give some examples with images below. First there’s characters like Farmboy Luke and Tusken Raider, both are on rather high energy costing nodes, Luke on a 20 energy node and Tusken Raider on a 16 energy node respectively, though both are also much more easily obtainable via much lower costing nodes elsewhere in Luke's case, and in Tusken Raider’s case, can just be outright bought from the Galactic War Store after every refresh. Then there are cases like with URoRRuR’R’R who is available in two different spots in the same light side tier. I think it would make sense to take either take an replace some of these characters with either characters that are only available in specific stores at random like Ahsoka Fulcrum, Echo, or Chirrut, or some of the new characters as they come out and go through the cadence, or it could be done like the way things have been more recently and just add additional character shards or ship blueprints to the nodes alongside the old ones. What would you all prefer, personally I would prefer the do the latter and add things onto the nodes along with the character shards already there. 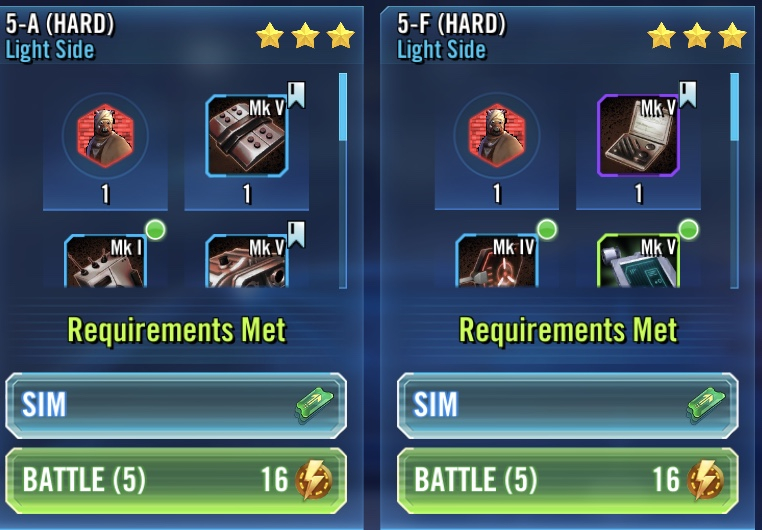 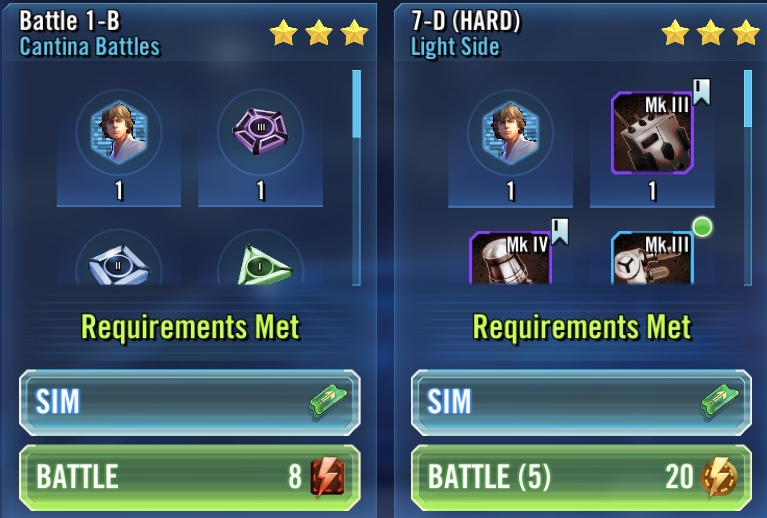 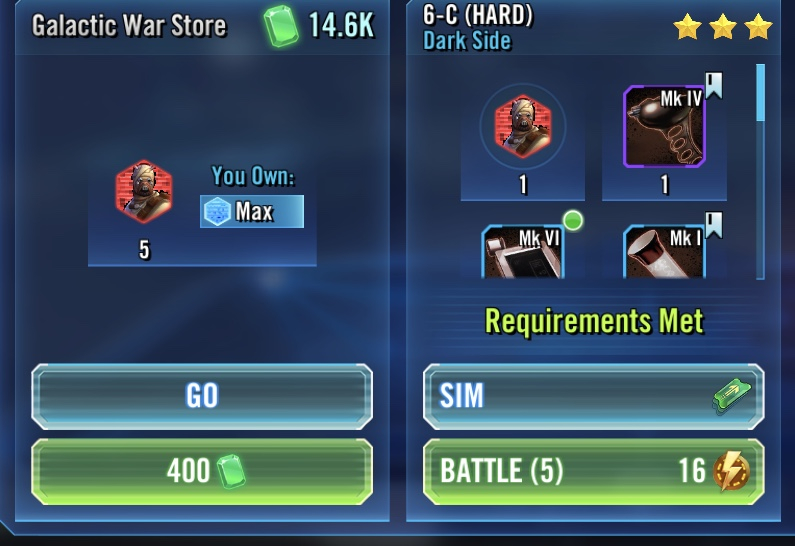