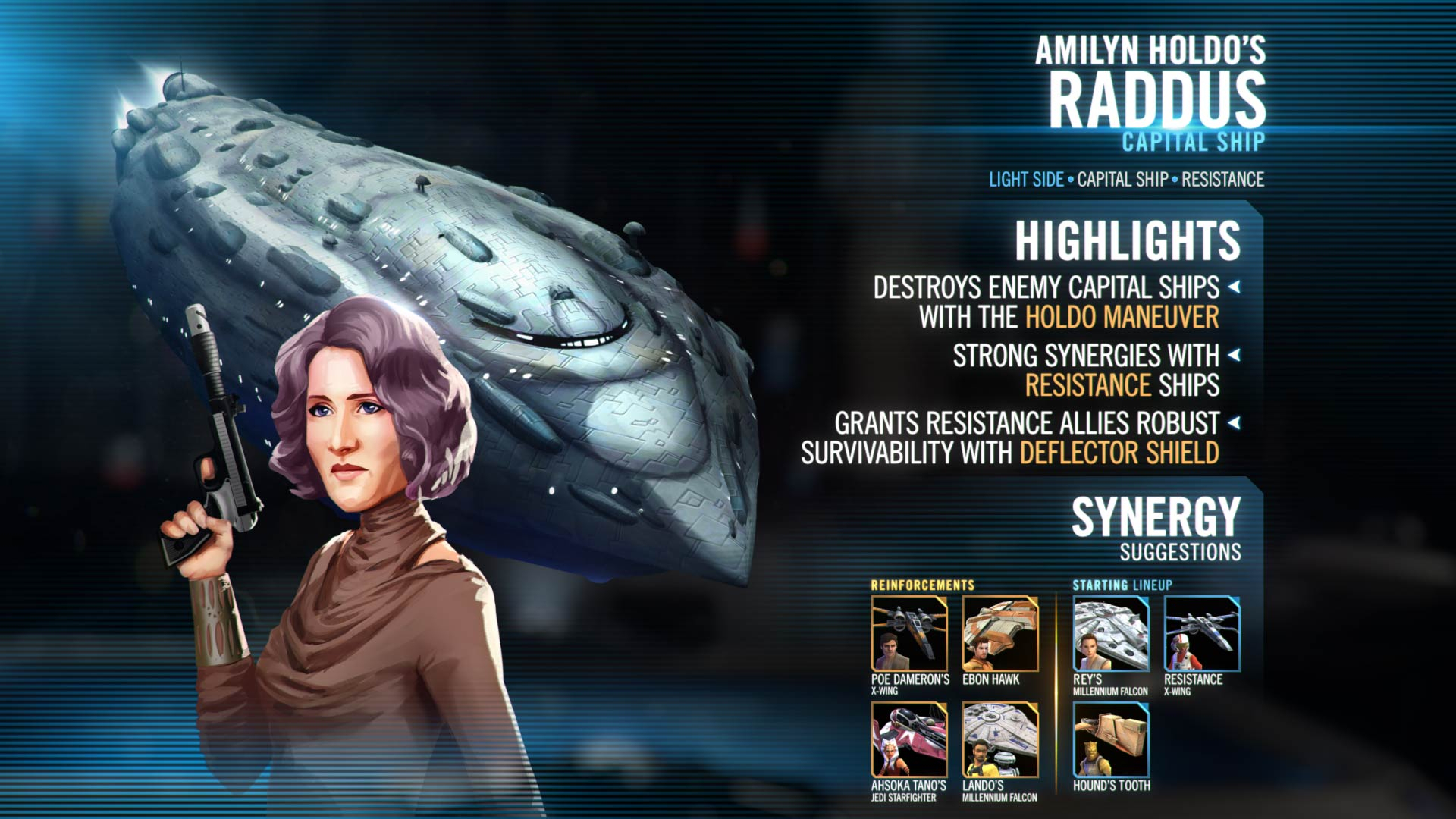 UNIT NAME: Raddus
ALIGNMENT: Light Side
CATEGORIES: Light Side, Capital Ship, Resistance
FLEET COMMANDER: Amilyn Holdo
Supportive Resistance Capital Ship that will do whatever is necessary to protect the fleet

FINAL TEXT: Target ally gains 20% Turn Meter, Foresight for 2 turns, and is called to assist. If the assisting ally is Resistance, Expose the target enemy for 2 turns, which can't be evaded or resisted.

Deflector Shield: At start of turn, recover 25% Protection, doubled for Resistance allies, and gain Foresight for 2 turns; can't be copied.

FINAL TEXT: Dispel all debuffs on all allies. All allies gain Protection Up (20%) for 2 turns, recover 50% Protection, and gain 20% Turn Meter. All Resistance allies gain Deflector Shield for 2 turns.

FINAL TEXT: If no enemy Capital Ship is present at the start of battle, this ability can't be used.

Dispel all debuffs on all allies and they gain 100% Turn Meter. Inflict Healing Immunity and Buff Immunity on all enemies for 2 turns.

Sacrifice the Raddus to destroy the enemy Capital Ship, then call a random Reinforcement if able to.

This ability can't be evaded, starts on cooldown, and its cooldown is reduced by 1 each time a Resistance ally with Foresight uses a Special ability.

When the Raddus uses the Holdo Maneuver, grant all allies Advantage, Tenacity Up, and Deflector Shield for 2 turns.