Welcome to the State of the Galaxy for February - while this one is coming mid-month, the next installment should return us to a more regular schedule.

A couple things we’d like to cover in this month’s State of the Galaxy:

Galactic Legends Event Structure
We’ve got a few details we’d like to share about the new Galactic Legends Event Structure. We’ll bring these to you regularly as we continue to develop and refine the design. First off, this event will require a new kind of event ticket, which will be earned via existing game modes. These tickets will become earnable once a player has met the prerequisites and unlocked the event. We are still working out the specifics of where the tickets will be earned, but we expect players to be able to earn these tickets every day.

Regarding squad configuration, players will only be able to assign one Galactic Legend per squad. While there are design considerations for this restriction, we also want to signify the clash between light and dark that these Galactic Legends represent, and are imagining that Galactic Legends will usually be released in pairs to reinforce this.

Mythic Battles
As you might have noticed, Mythic battles have returned. Our goal is to have them run on a regular basis going forwards.

Galactic Legends Art
Our artists gave us this wireframe look at the progression of Rey’s 3D models in our game, from her first appearance as Scavenger Rey to a sneak peek at her new Galactic Legends version. We hope this gives you an idea of how hard our artists have been working to make these Galactic Legends special! 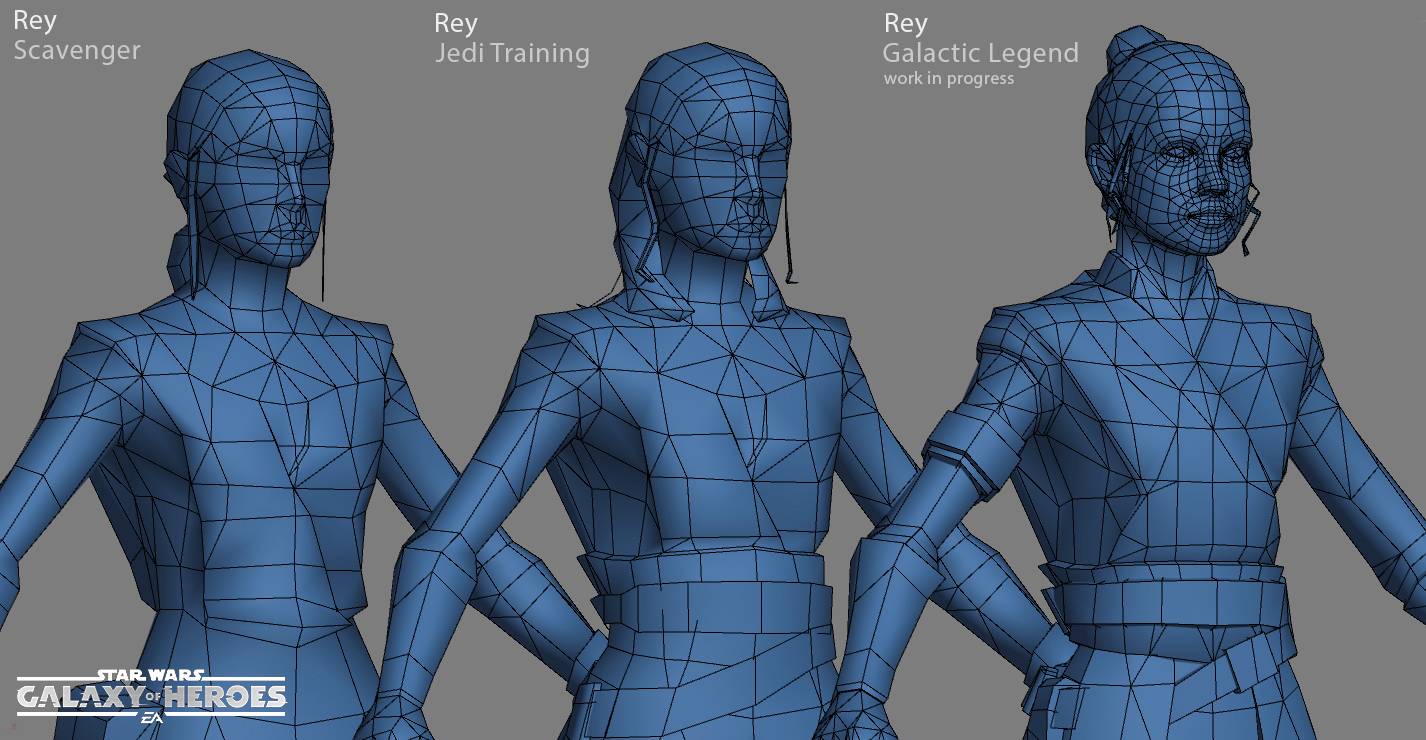