Today we are breaking down the new First Order capital ship, the Finalizer! You can find the kit reveal in the Arena and Character Strategy section of the forums or read on below to find out more. 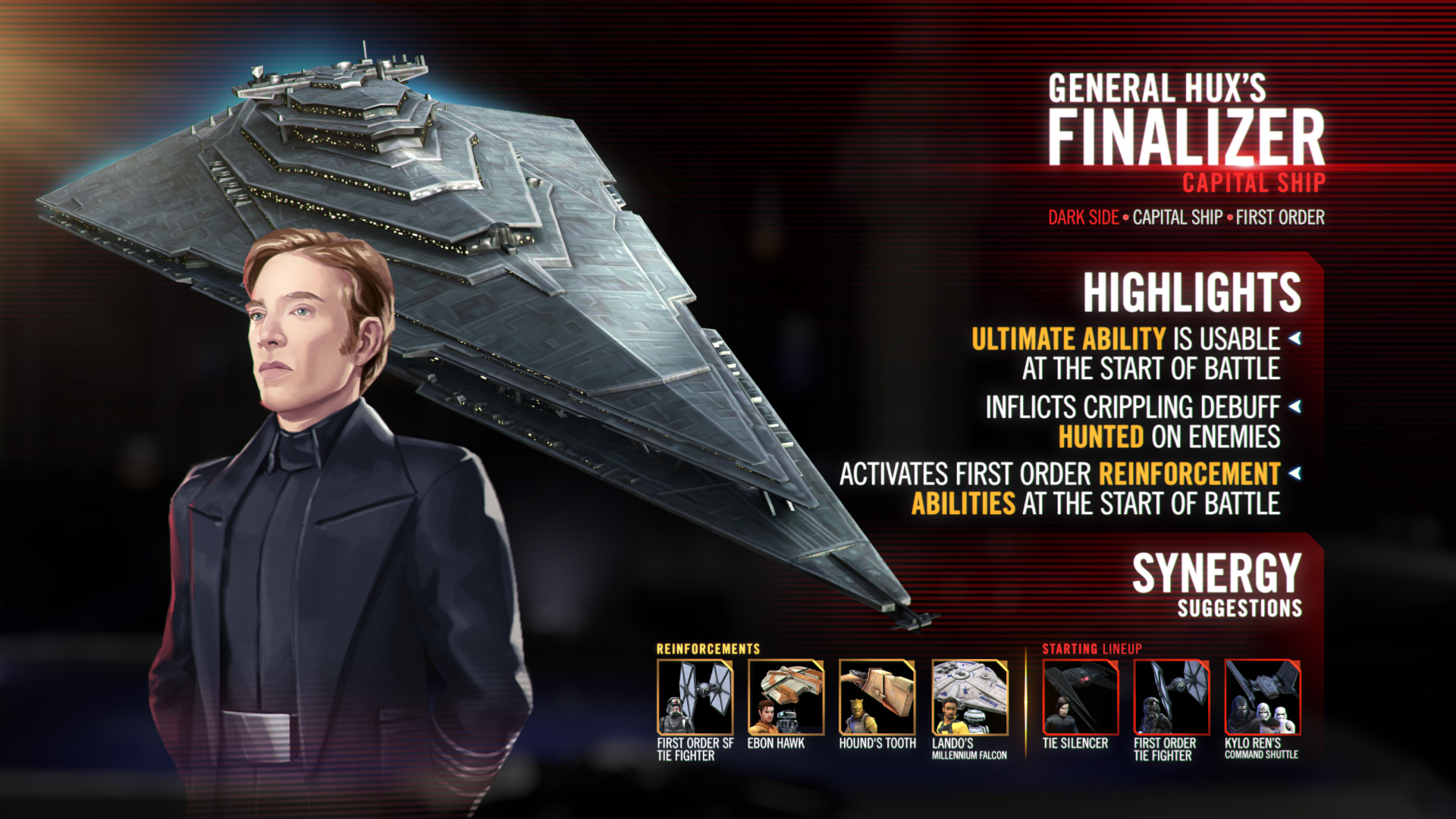