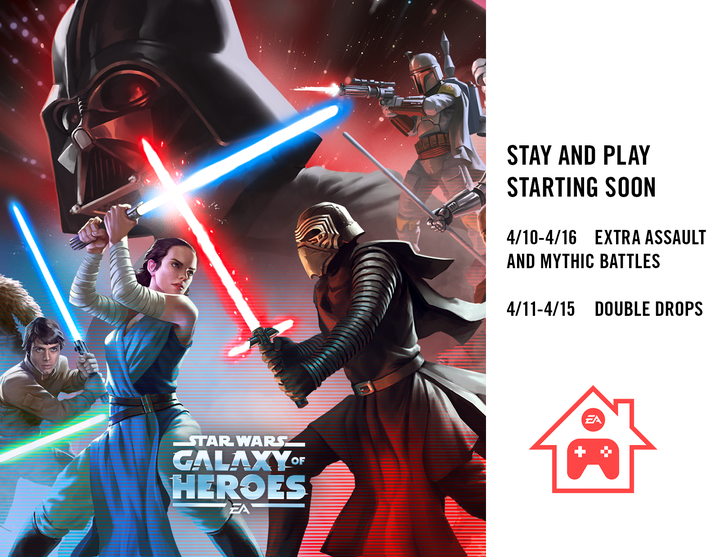 We know that many of our players are at home right now and looking for fun ways to stay occupied. As a token of our appreciation for your continued support and part of the new EA #StayandPlay initiative, we’re running several extra in-game events and some special goodies for you over the next few weeks. This kicks off later this week, and we hope to see you out there on the holotables.

We’ve been slower to roll this out than we hoped, but we’re going to be sending some more events your way with this week’s update. The schedule is:

The April calendar has been updated with these additional events
(Note: Several existing events have been moved around in the calendar)

We are also rewarding double drops from 4/11 through 4/15. Each day will feature double drops in an area of the game for 24 hours.

Double Drop Schedule: (NOTE: This does not include Galactic Legends Event tickets)

We hope that these events provide a nice distraction against the backdrop of what’s going on in the world. We’ve also got some goodies planned for May the 4th, so keep on the lookout for those.