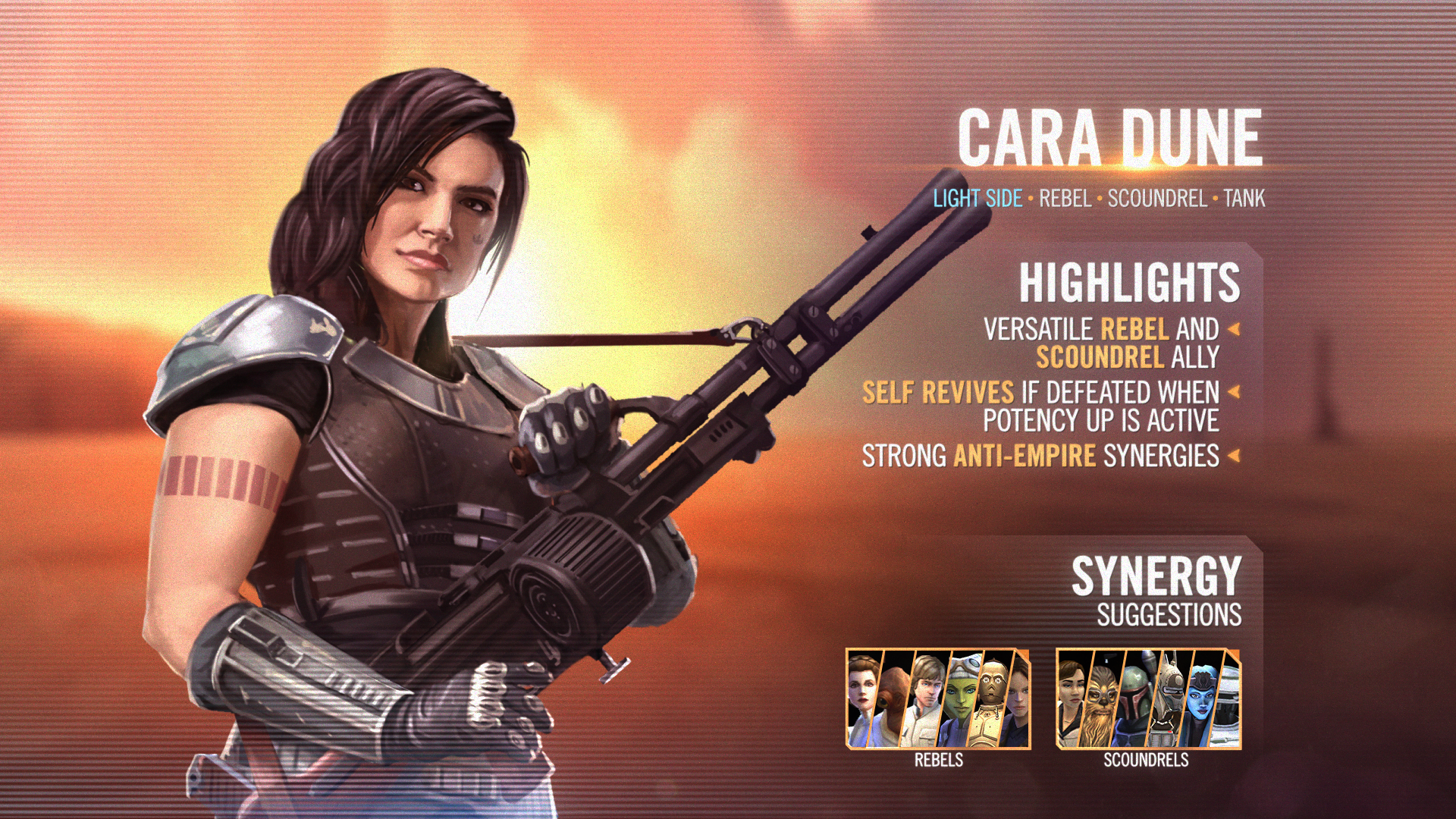 Today we are taking a deeper look at Cara Dune, a veteran Rebel Shock Trooper who has reinvented herself as a mercenary since leaving military life behind. This tough, no-nonsense brawler hasn’t forgotten how to fight an enemy like the Empire and can be difficult to take down in battle. While Cara can find a place as a deadly ambusher on a Scoundrel squad, she’s equally at-home under a Rebel leader, defending her allies as a front-line combatant.