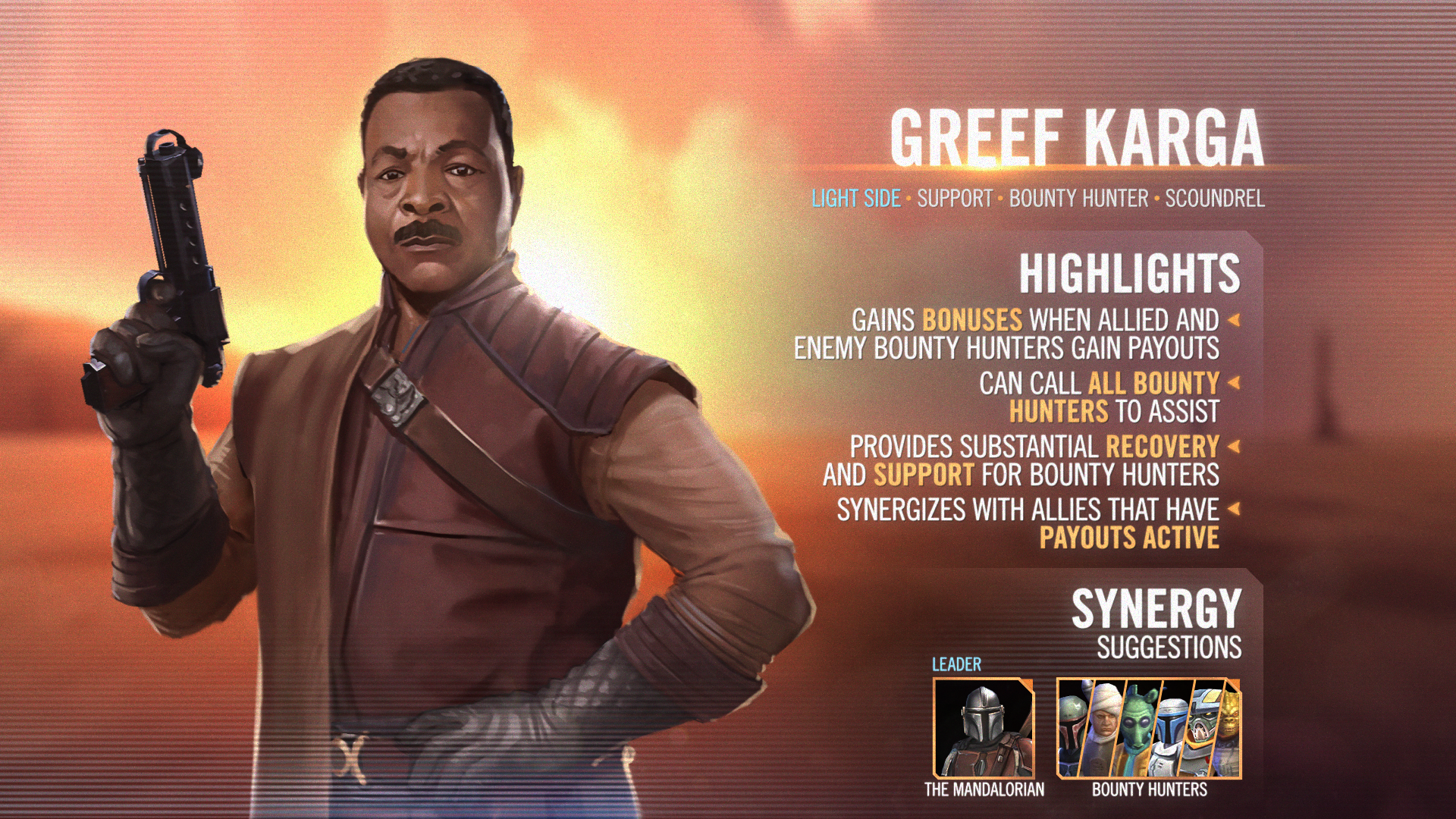 Today we are taking a deeper look at Greef Karga, a notorious scoundrel and the go-to-guy for connecting Bounty Hunters with clients on Nevarro. Greef is always trying to spot the most lucrative solution to whatever predicament he finds himself in, and his abilities reflect this. He prefers to hang back while other Bounty Hunters work to achieve their Payouts and he supports the squad with mass assist calls and frequent recovery of Health and Protection.