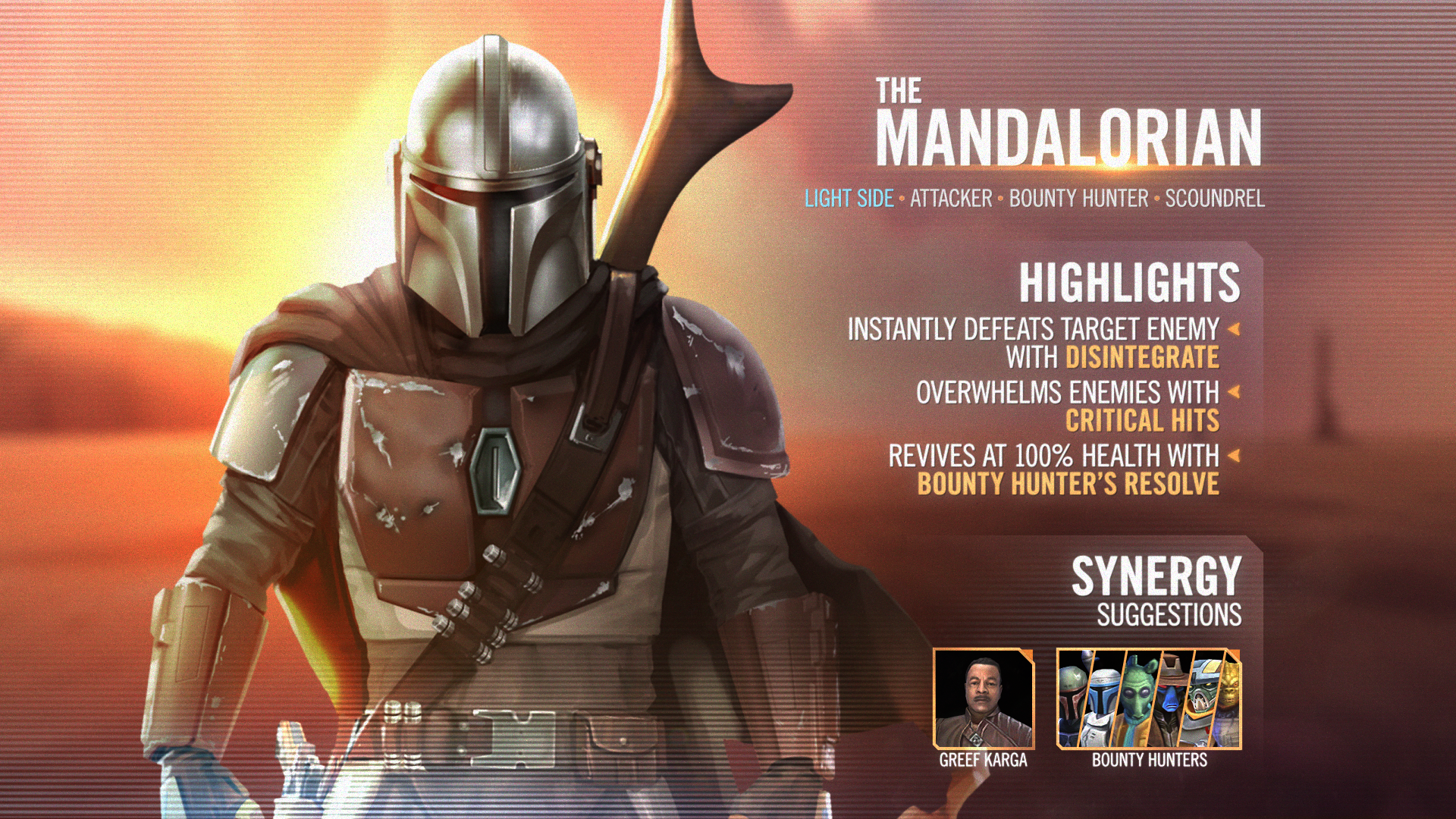 Today we have one of the most exciting new characters in Galaxy of Heroes, the Mandalorian! This mysterious man of few words works as a Bounty Hunter at the far edge of the galaxy. No one really knows where he came from or how he's so well-equipped for battle but few question his ability to bring in a target. Whether taking a Swift Shot with his blaster pistol or readying his Amban sniper rifle to instantly disintegrate his enemy, the Mandalorian is always prepared to take on whatever gets in his way.

The Basics:
Unique Attributes:
Inspiration:
Strategy Tips:
Squad Suggestions:
21
Reply to this topic
Sign In or Register to comment.