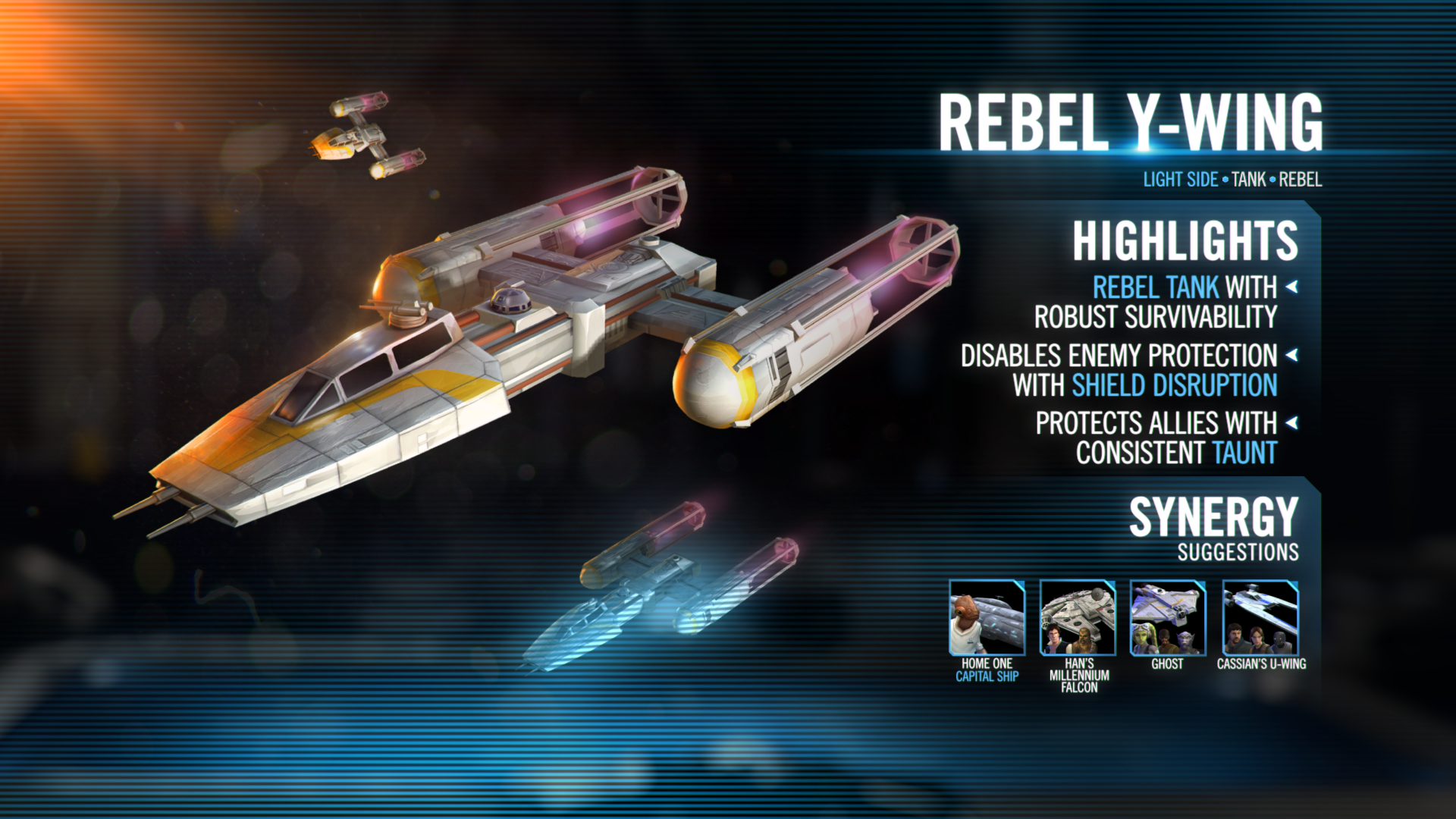 Today we have a ship famous for its role in taking out the Empire’s most heavily armored targets, the Rebel Y-wing! Prized for its durability and versatility, the Y-wing has gone through several iterations while serving as a valuable contributor to various fleets since its galactic debut. It is sure to bolster any Rebel fleet with its new debuff, Shield Disruption, which weakens enemies, making them more susceptible to attacks. The Rebel Y-wing also acts as a powerful crewless tank, giving its fleet more survivability while distracting enemy units.