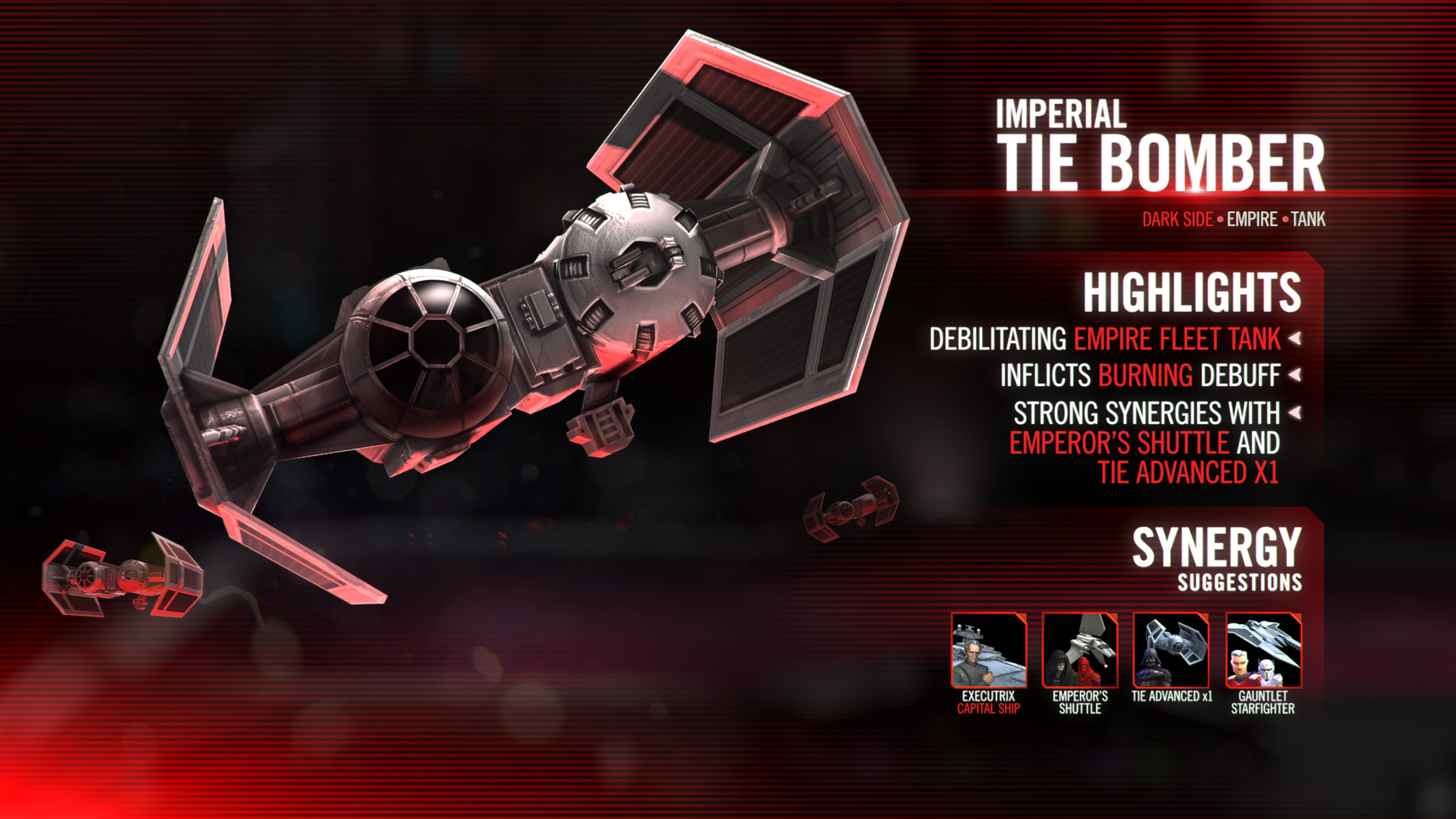 The Imperial TIE Bomber is making its way to the Holotables, ready to enforce the Empire’s will on those who dare to rebel. Often serving in the first line of attack, TIE bombers drop vast quantities of munitions, delivering devastating attacks with frightening accuracy.

Although the crewless TIE bomber is the first ship in Galaxy of Heroes to apply Burning, its main strength lies in being a defensive stalwart for Imperial factions. Crippling the enemy’s Offense and exhibiting bravado by Taunting is all in a day’s work as these ships seek glory for the Empire. Add the TIE bomber to your fleet and show those Rebel scum the Empire will not tolerate insubordination.

The Basics:
Unique Attributes:
Inspiration:
Strategy Tips:
Squad Suggestions:
16
Reply to this topic
Sign In or Register to comment.