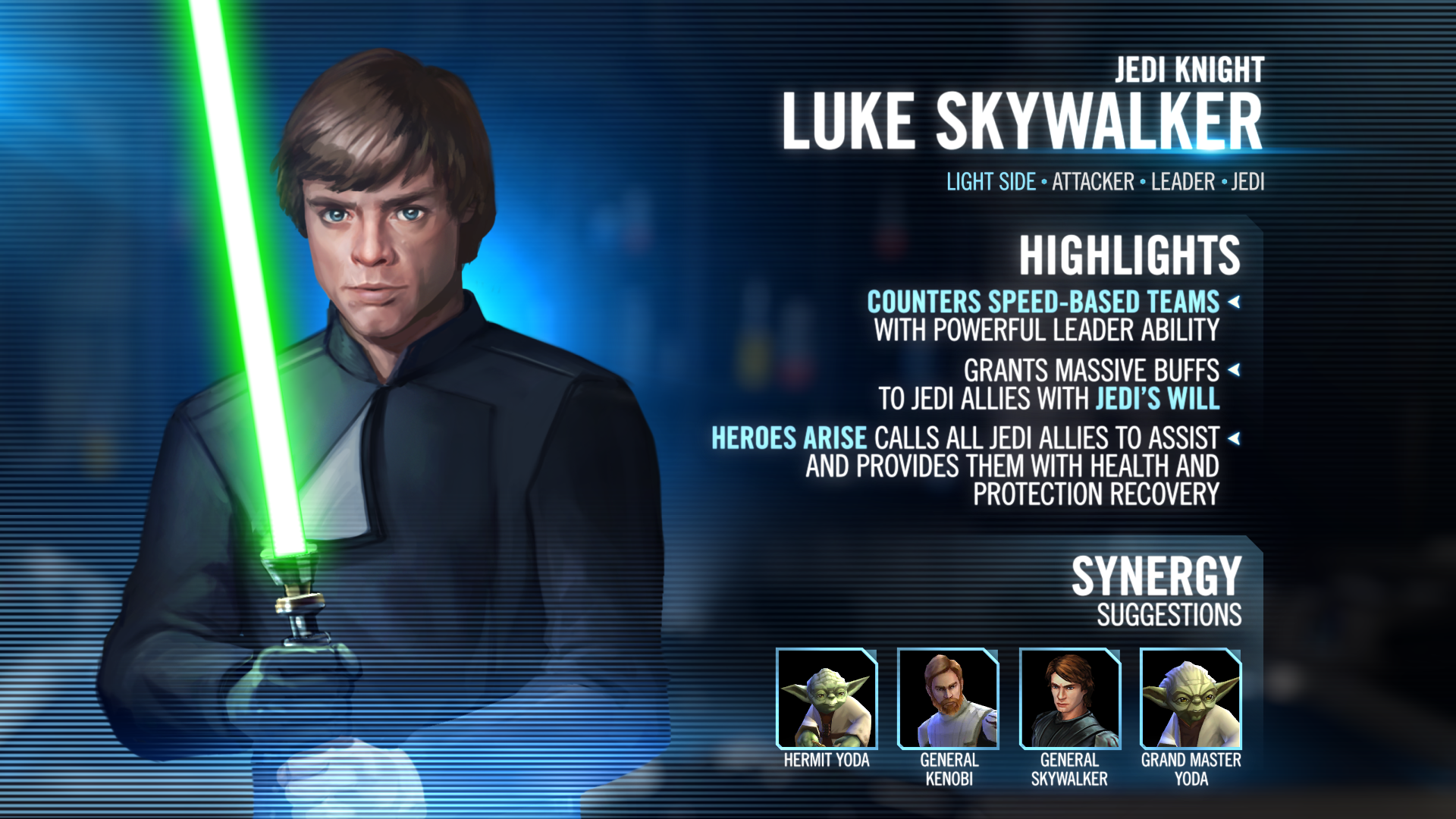 One of the most anticipated characters in Galaxy of Heroes, Jedi Knight Luke Skywalker, is coming to the game very soon! Despite his humble beginnings as a moisture farmer on Tatooine making runs to Tosche Station for power converters, we always knew Luke Skywalker was destined for greater things. His victory over Jabba the Hutt was a mere hint at the strong bond Luke shared with the Force as a Jedi Knight, a lesson the Empire would later learn firsthand during the Battle of Endor. Luke’s leader ability, Return of the Jedi, helps to restore balance to the Force by granting bonuses and dispelling negative effects from allies, while also reducing all enemies to Luke’s base Speed.