Revan's kit was actually JKL's real kit then they panicked

Jedi Knight Revan was a Jedi of the Old Republic but his kit synergies with all the Jedi in the game, and who is known as the penultimate Jedi in this game? Old Republic tag is an obvious nod to Rebels

1. Luke Skywalker, it makes sense that Luke would be the ultimate Jedi leader which currently belongs to Jedi Knight Revan

2. Savior - When I played KOTOR I, my JKR killed Juhani. How can he be the savior? Its obvious the ability was about Luke saving Darth Vader from the Dark Side

3. Hero - obviously talking about Luke, who destroyed the Death Star, and led the rebellion. His heroic deeds is the reason he's the driving plot of The Force Awakens

4. JKR's lead gives bonuses for Jedi and Old Republic, obviously it was Rebels but CG panicked and changed it to OR last minute

5. Lets not forget Luke is the master strategist, who else would come up with the brilliant idea of hiding inside a tauntaun to weather out a cold storm

Its obvious CG saw that nobody was farming OR toons and the financial people at CG looked at cash flow before the end of quarter and said "were getting a lot of pressure from corporate to turn a bigger profit this quarter, maybe slap jkl's face on there and see if we can get a 20% bump for our shareholders." 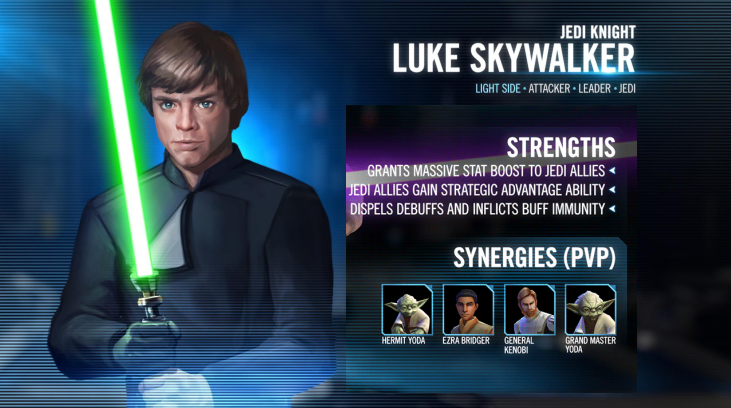