Schwartzring
774 posts Member
July 9, 2020 9:16PM
So when the new FO/Rest Ships dropped a few months back I noticed I was 6/7 in DS ships & thought, ok, wow, that might be worth farming a ship for just to open a new capital ship. Especially since the Shuttle was nearly open when it happened.

Fast forward a couple months, and I finally dinged 7* with Kylo's Shuttle this week the morning of the Finalizer event.

Did the 7* battle fine, went into the bonus tier, and SPLAT.

WTH is up with this event?

Really, it shouldn't have come to that with my ships. See fleet below.

I've searched on line for strats to see if I was doing something wrong but found nothing. The AE's just kill every single ship, even the G12 ones till you are down to Bossk v/s the Armada.

Looking for some help here for later this month.

I'll have some more cash so I should have some better levels & a couple pieces of gear on the final 2 ships by then. 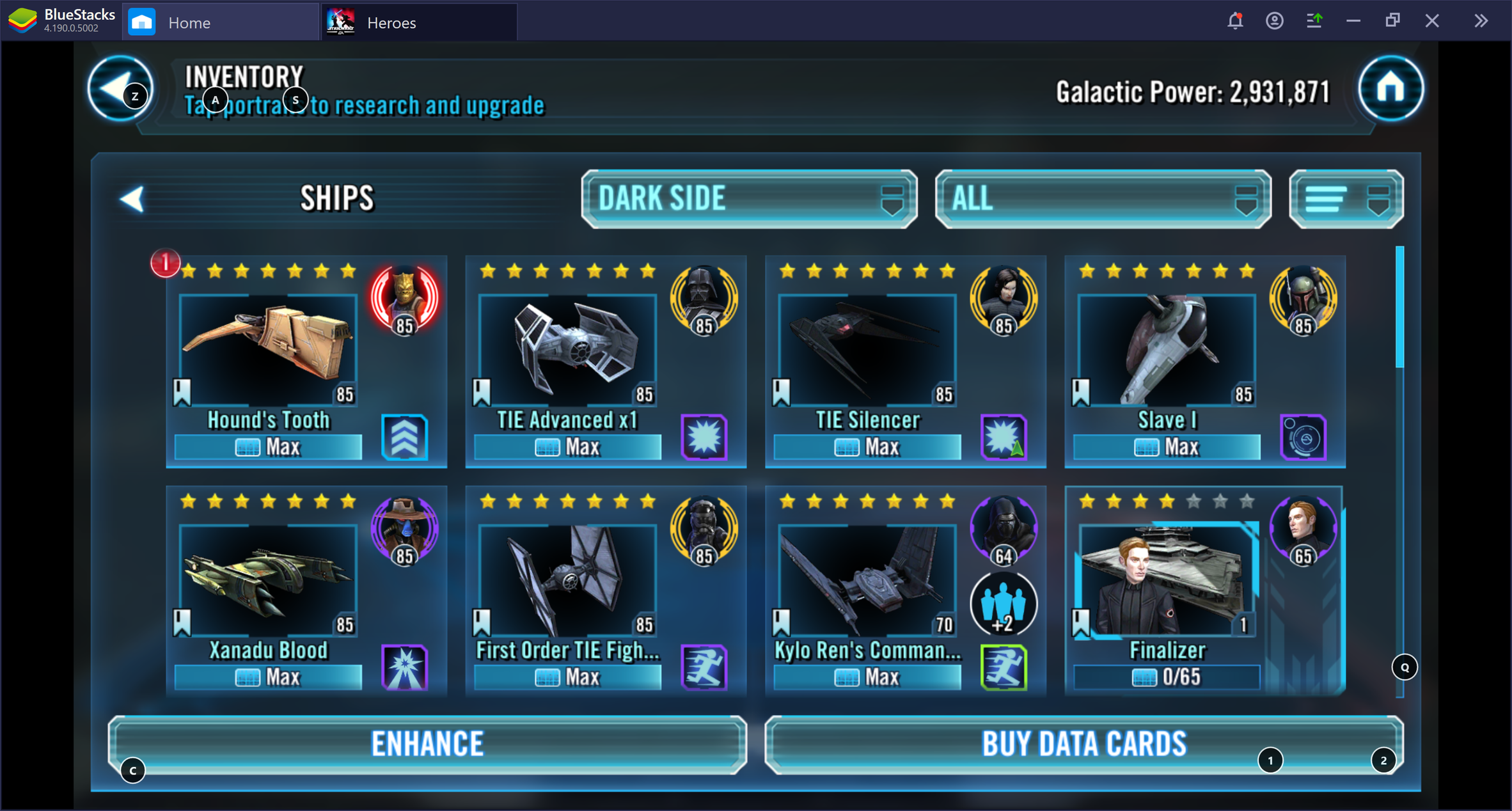 Any helpful assistance would be appreciated.
0