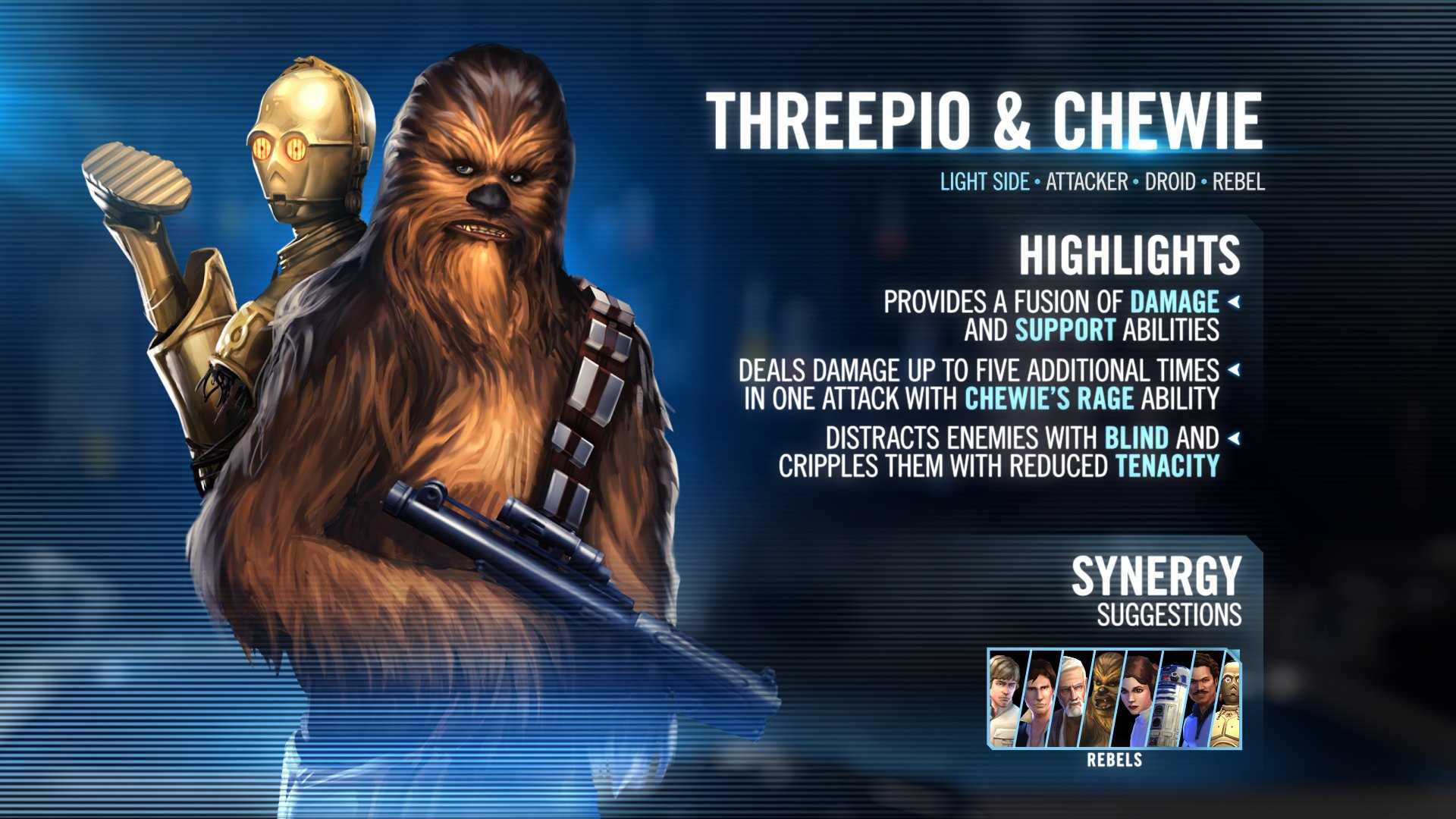 Few pairings in Star Wars have had each other’s backs like Threepio & Chewie, who are arriving as a unique combo on the Holotables! The bond forged on Cloud City between one of our favorite droids and Wookiees showed the Empire this unlikely duo is a force to be reckoned with. In addition to being a unique combination unit, Threepio & Chewie offer new gameplay strategies by providing both damage and support abilities, ramping damage, and afflicting Blind on enemies. Only an overgrown mophead would miss out on the chance to add Threepio & Chewie to their collection! So, don't do anything foolish and make sure to participate in the Marquee event, Escape From Cloud City.