How does this happen?

TJax
101 posts Member
August 3, 2020 11:12PM
I am in a very old arena shard. As the ranks at the top keep thinning out, we seem to have new whales that suddenly climb to the top with monster GP (I’m 6M+ and these guys without ever cracking the top 20 in nearly 5 years have more gp than I do). It would seem that some prefer to spend rather than worry about the payout, and I am grateful for those players!

Some in the shard began speculating they were CG plant accounts that were there to give us competition/encourage spending as they rarely communicate with the rest of us. Seems far fetched.

Then suddenly this person appears in our nearly 5 year old arena shard. 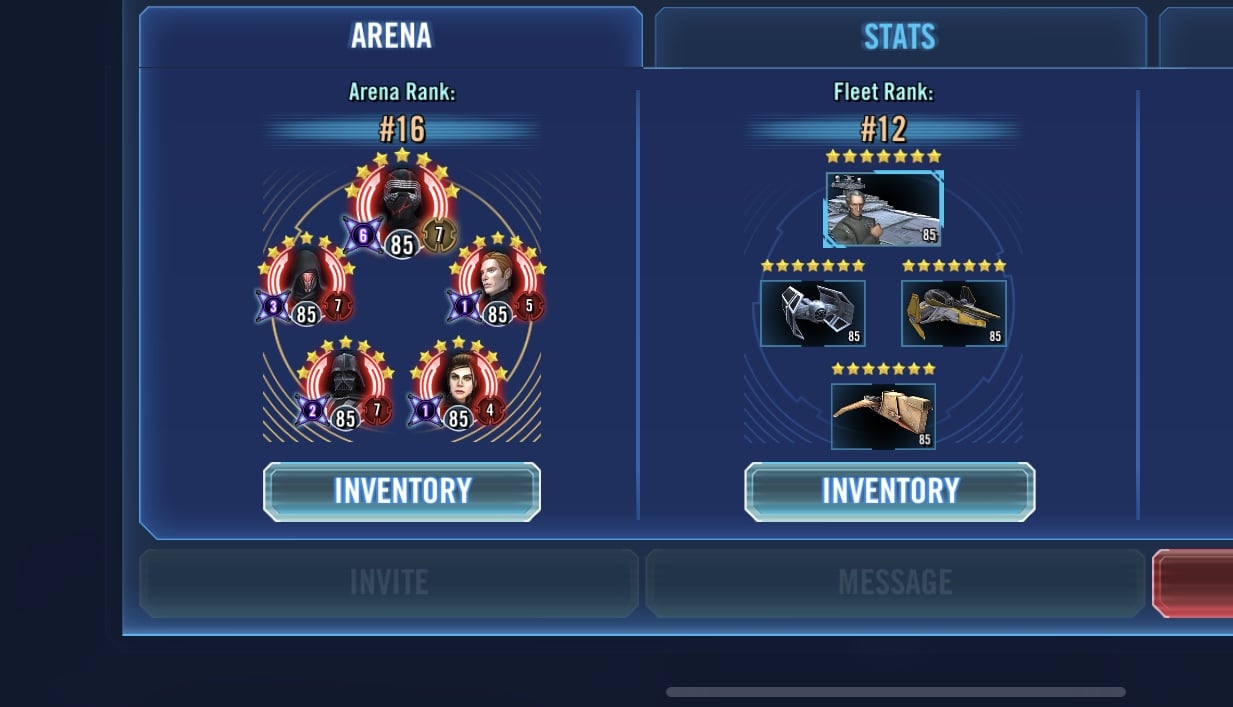 SLKR is doable at 3M GP. My alt has similar GP but I went for seps/malak/501/padme and currently hoarding. My questions are:

How do you keep playing this game for almost 5 years and only have 900 squad arena battles?

How did this new account get assigned to my arena shard instead of a shard with other accounts the same age as theirs?

And before you tell me “some people don’t like arena, he just lucked into having all the FO and got SLKR out of luck!”, how does someone play the game for almost 5 years and manage rank 12 in fleets using executrix?

Something smells fishy, but I’m sure Kyno knows how this is all on the up and up.
1