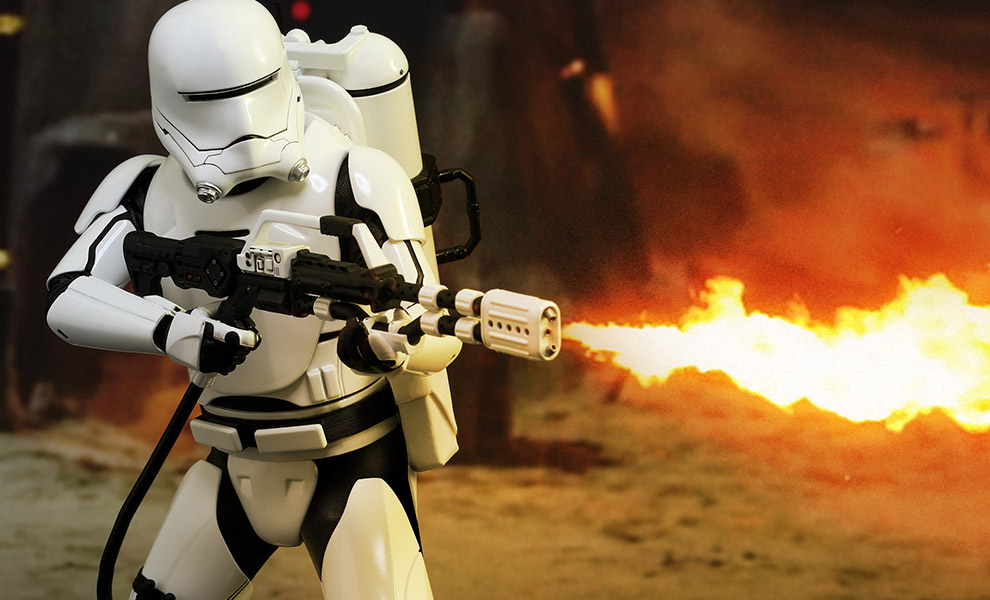 Incendiary Imploder (Special) (Cooldown: 4)
Deal Special damage to all enemies and inflict Burning and Healing Immunity on them for 3 turns. This attack deals 50% more damage against enemies that where already Burning. If First Order Flametrooper has Advantage, debuffs aimed at the primary target can’t be Resisted or Dispelled.

Wall of Flame (Special) (Cooldown: 4)
Trigger the damage of all Burning debuffs on enemies, and extend the duration of those debuffs by 1 turn. These effect can’t be Evaded. For each enemy that is Burning, First Order Flametrooper recovers 20% Protection.
If no enemies are Burning at the start of his turn, this ability can’t be used.