Zaraos
691 posts Member
September 13, 2020 3:11PM edited September 2020
Welcome back to the channel everyone! Today we're going to be discussing the Top 10 Problems in SWGOH that CG needs to fix as well as my suggestions where applicable of how to actually fix them with minimal monetary loss/input from CG. I think it's safe to assume the community as a whole is very disheartened with the decisions made by CG within the past 12 months and I'm hoping with enough traction there's the smallest chance someone at CG might see the suggestions in this video. I know its a long shot and probably won't happen but who knows maybe we will get lucky, please do your best to help me in this goal by sharing the video with as many players as you can, leaving a like, and subscribing to the channel. I hope everyone enjoys the video regardless! 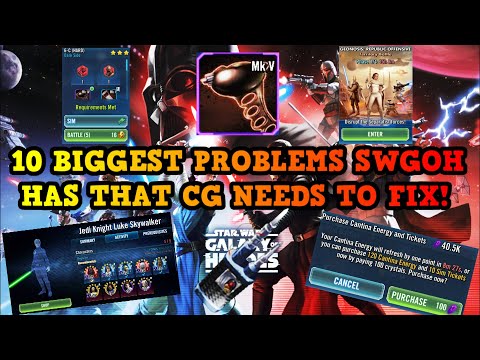