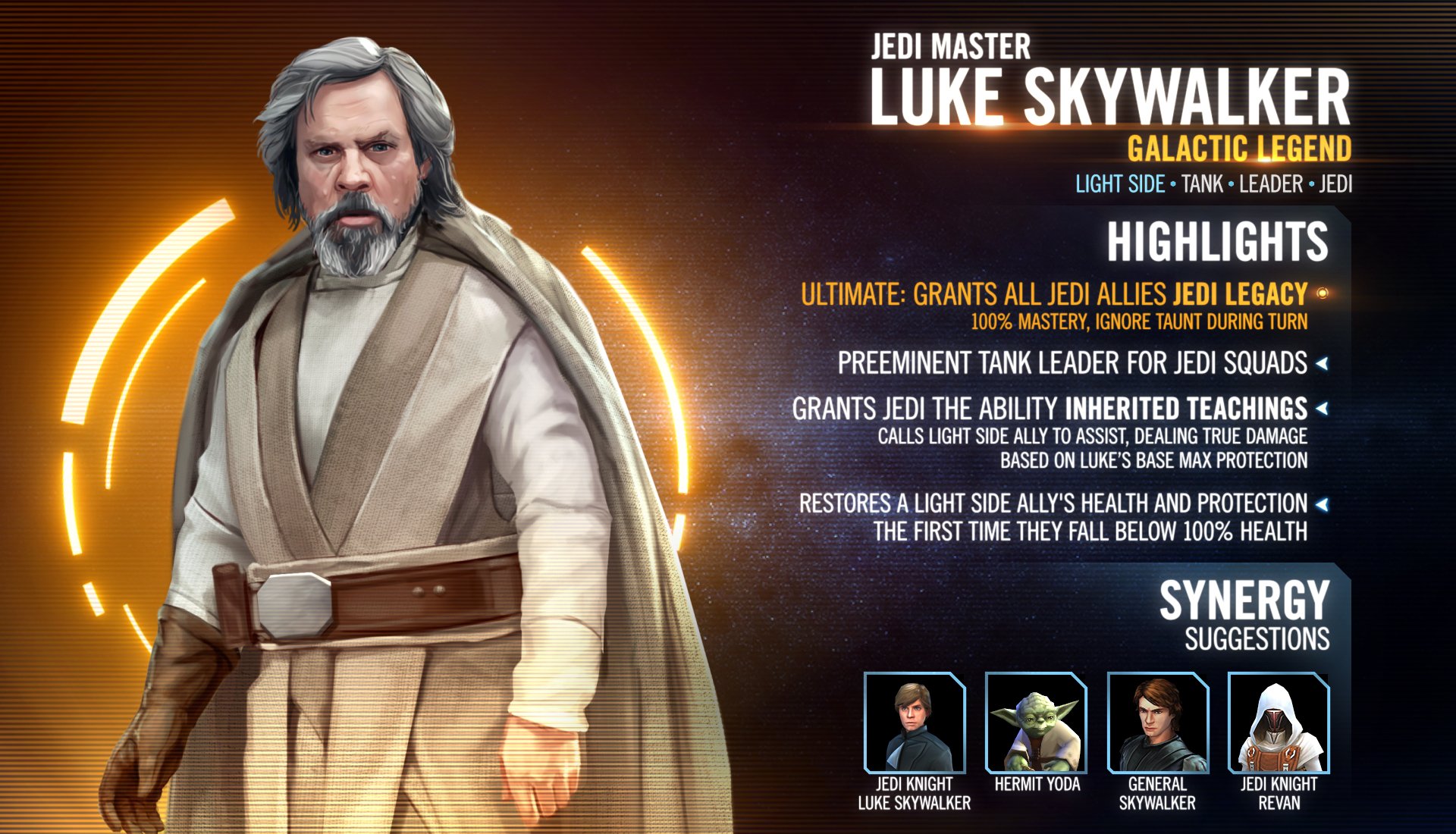 When Luke transforms, the max cooldown for They Grow Beyond and Efflux is reduced by 2.
Post edited by CG_SBCrumb on October 2020
4