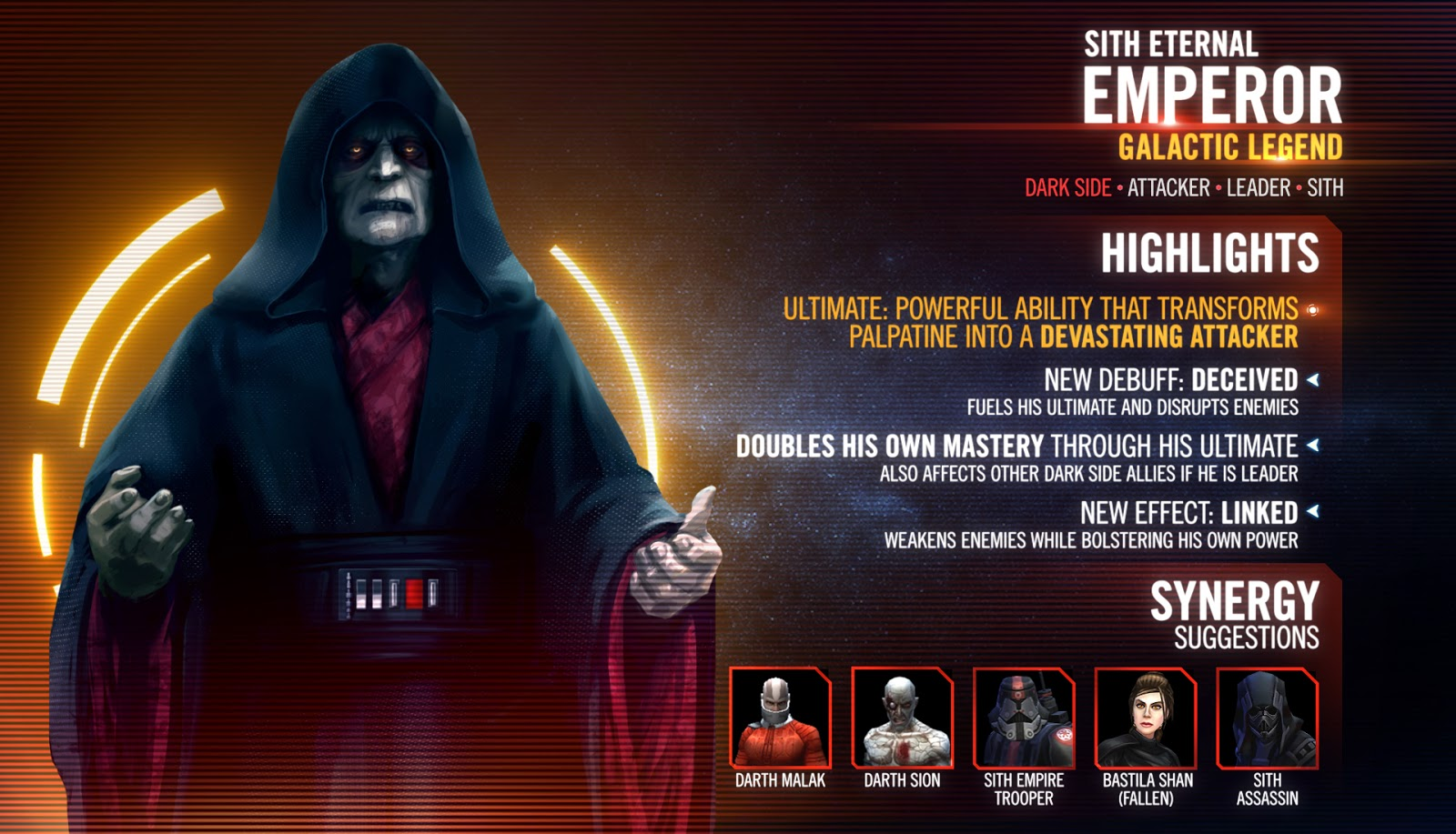 The story of the Star Wars Trilogy is the story of Palpatine rising to power and quest for eternal life. Today's Dev Insight takes a deeper look at the new Galactic Legend, Sith Eternal Emperor, Palpatine's strongest form the universe has ever seen.


The Basics:
Unique Attributes:
Inspiration:
Strategy Tips:
Squad Suggestions:
FAQ:
6
Reply to this topic
Sign In or Register to comment.