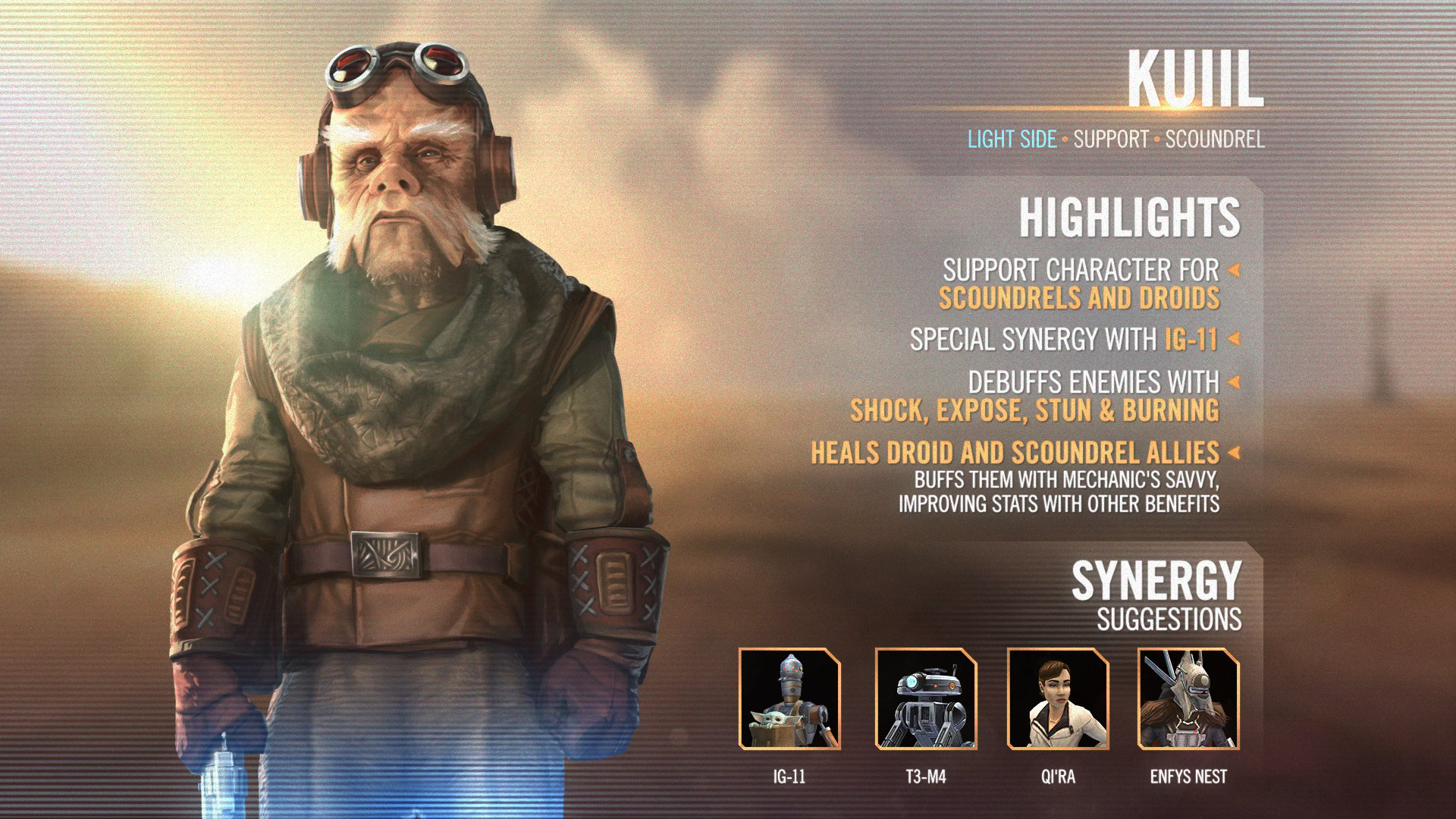 Today we have 2 very exciting characters from Season 1 of The Mandalorian, Kuiil and IG-11! This industrious ugnaught is just looking for some peace and quiet after a hard life working under the Imperials. Read on to hear from the designer how this kit excels at supporting his Droid and Scoundrel allies.

Looking for even more information on these characters? You can find a interview with the designers on Operation Metaverse, a podcast from Galactic War Report or check out the SWGoH Events to see a write up of the discussion.

The Basics:
Unique Attributes:
Inspiration:
Strategy Tips:
Squad Suggestions:
FAQ:
Post edited by CG_SBCrumb on October 2020
8
Reply to this topic
Sign In or Register to comment.