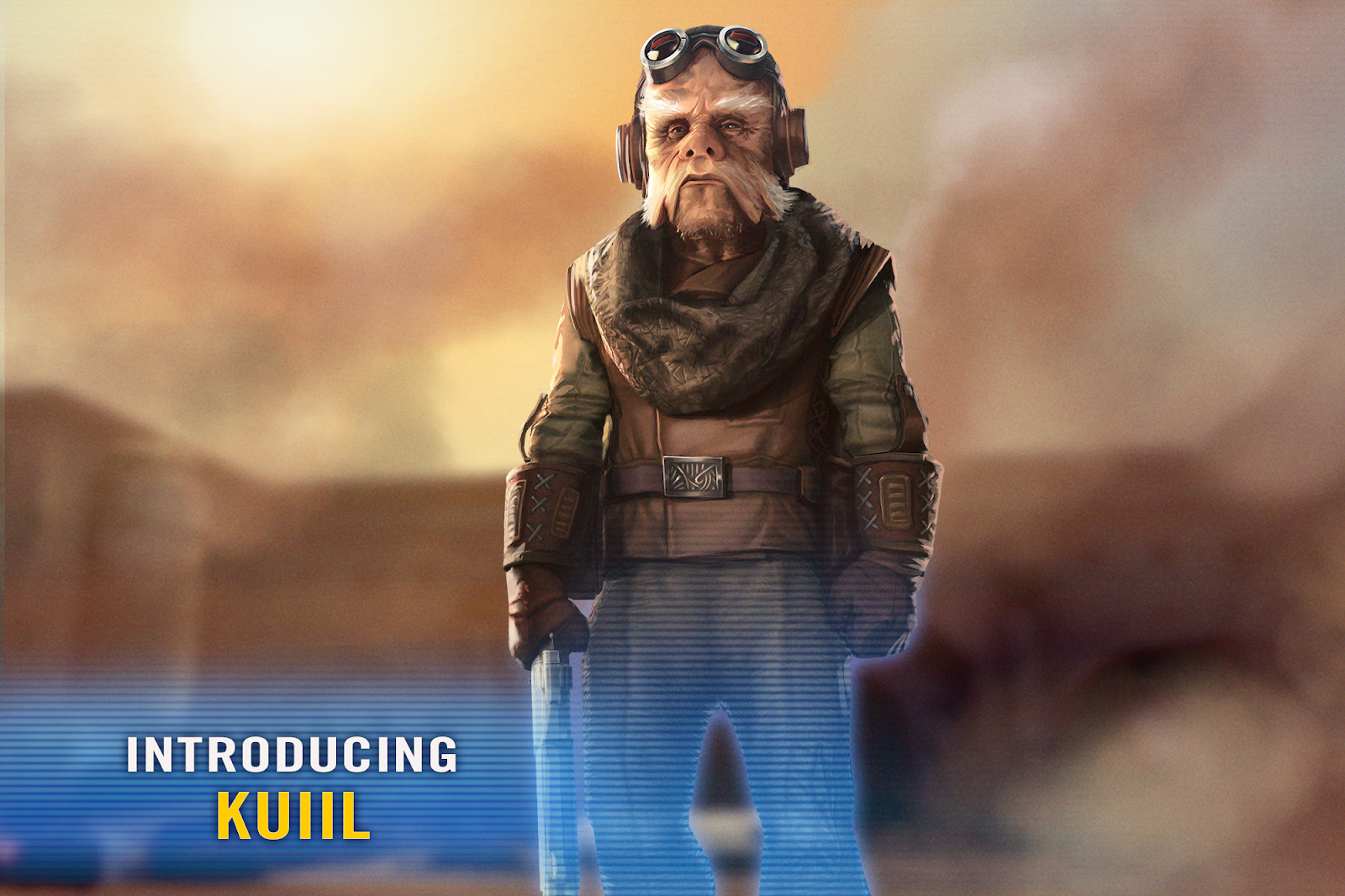 Today’s Update brings the industrious Ugnaught Kuiil to the Holotables along with several bug fixes!
NEWS
CHARACTERS AND SHIPS
For more info on these units, check out the kit reveals and strategy guides below:
FIXES
PACKS AND BUNDLES

KUIIL BUNDLE
Power up Kuiil with this brand new bundle! Each bundle includes 30 shards for Kuiil and Gear needed to upgrade him to Gear Level 5!


KUIIL PACK
Power up Kuiil with this brand new pack! Each pack guarantees at least 10 shards for Kuiil and may drop up to 330 SHARDS!