As I am entering lvl 60 today, I would appreciate any help that keeps me away from costly mistakes and gives me an edge without spending anything else but time on this game. Maybe a bit of money here and there if necessary to show my appreciation and support for the game. But I find the prices kind of steep to be honest, so I want to steer clear of costly mistakes as I said before. This is the 3rd time I have started the game, as there is no other way to properly learn the game. Previously I have reached lvl 72, so anything beyond that is exploration for me. I have read tutorials an stuff of course, but nothing supplants good advice from fellow players with a great deal of experience.

All in all, the advice I am looking for would help to be tailored to my current situation, so I will try to be as thorough as I can with the details.
A picture makes for 1000 words: 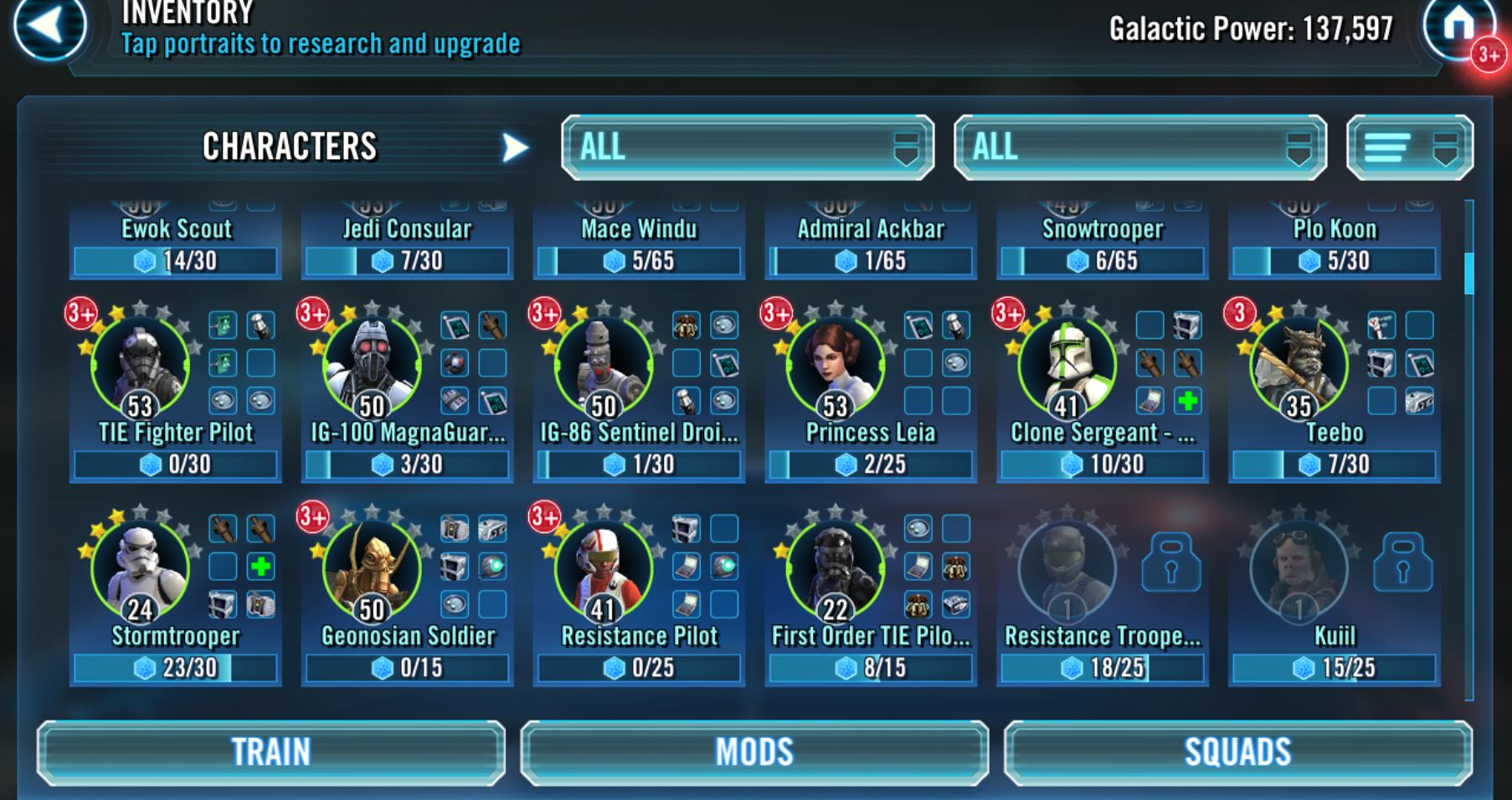 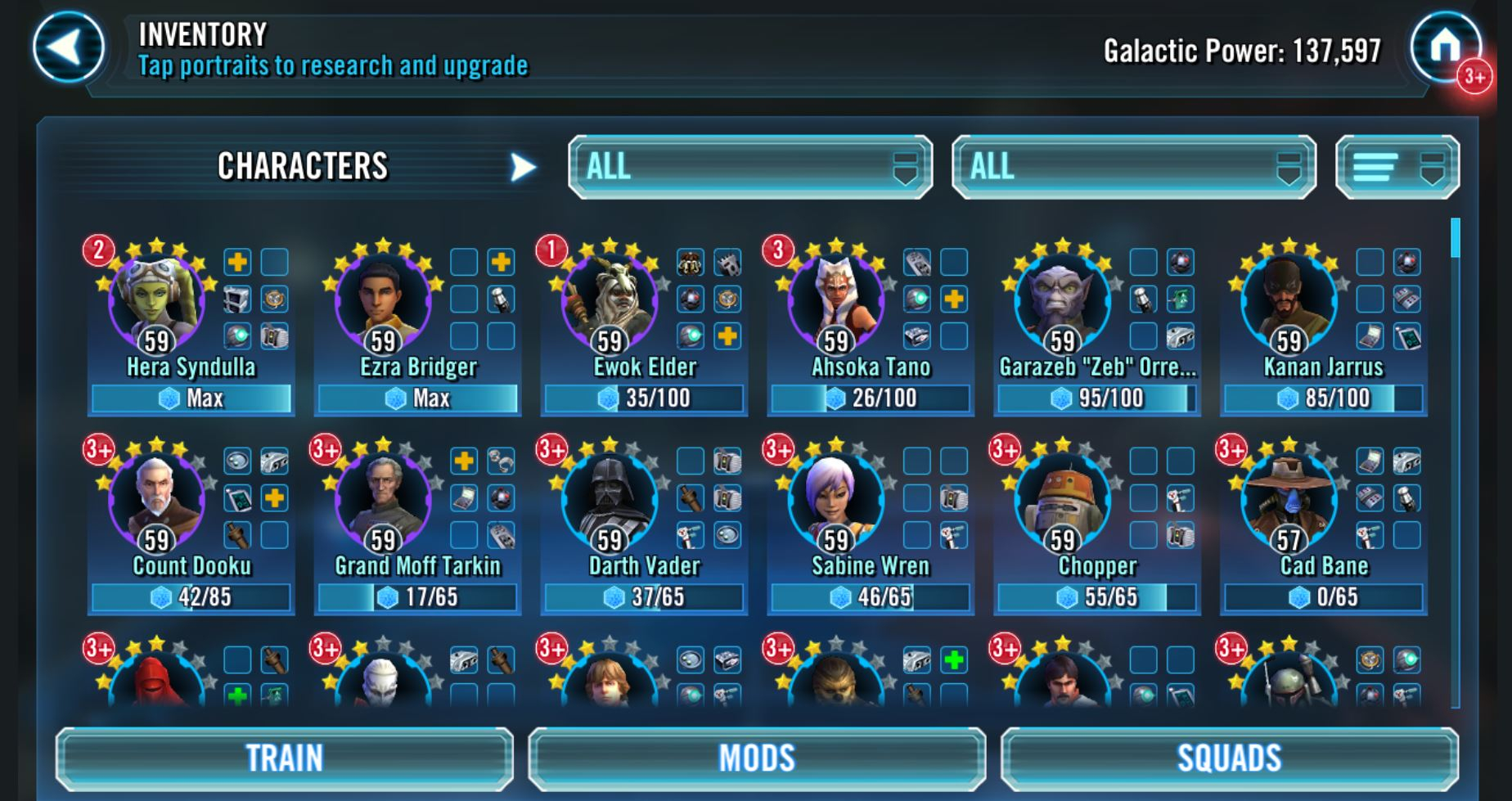 The most important decision for me is on what ships and how to split the initial Ship XP, in order to be relevant in Ships Arena right from the start, and also for what capital ship should I go for right now? Tarkin seems the obvious choice for me, but maybe there is something that escapes my line of thought

I have tried to prepare for this moment grooming the Phoenix team, including Sabine, Biggs and also Ashoka for the ship and also because I intend to pair her up with JKA under a Bastila leadership in an all Jedi team.

Thank you in advance to all who care to lend a helping hand.