Why do we never see Chewbacca using physical force?

But really though, kinda irritates me that we see more of Rey and TR 8R fighting with a stick and stun stick than we ever see Chewbacca do well, anything.

The time I've ever seen a Wookie boast physical strength was in KOTOR2 when a Wookie Bounty Hunter raged and picked up another Bounty Hunter by the neck and lifted her with one arm like an Undertaker Choke Slam. 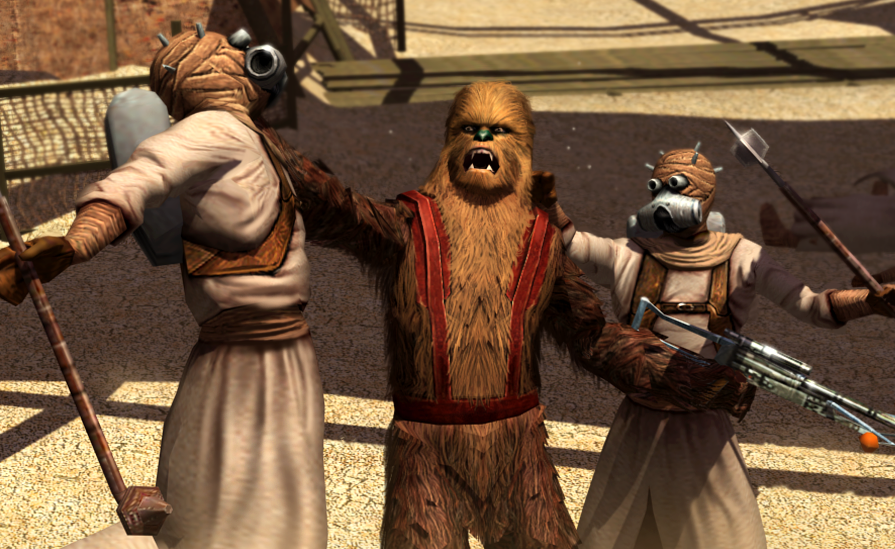 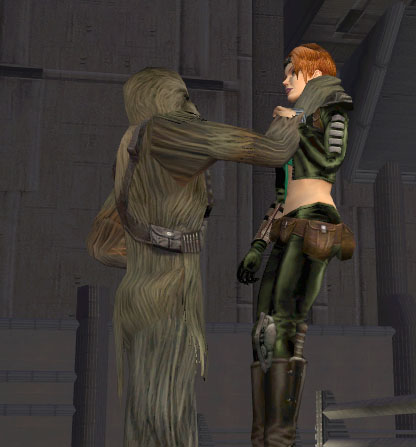 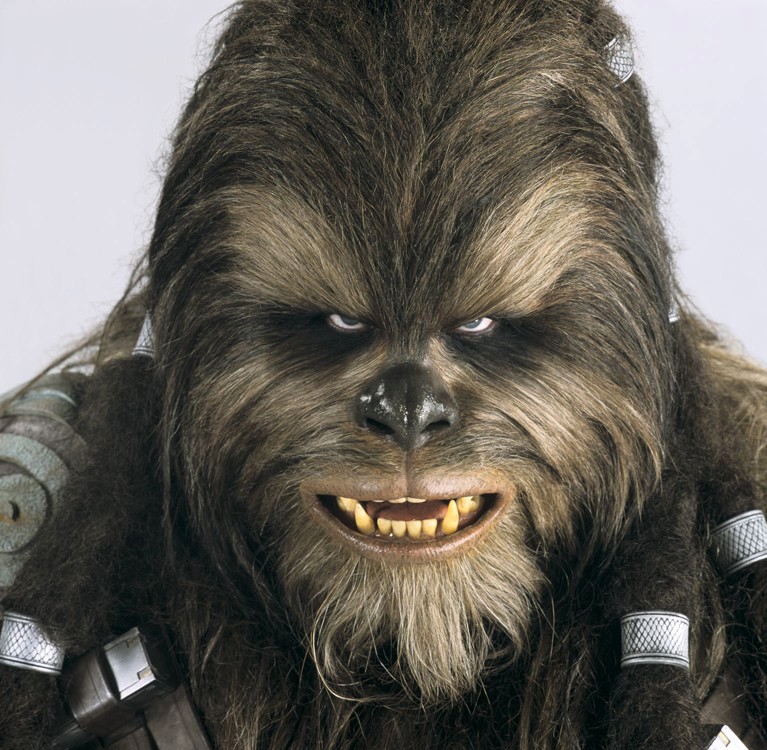