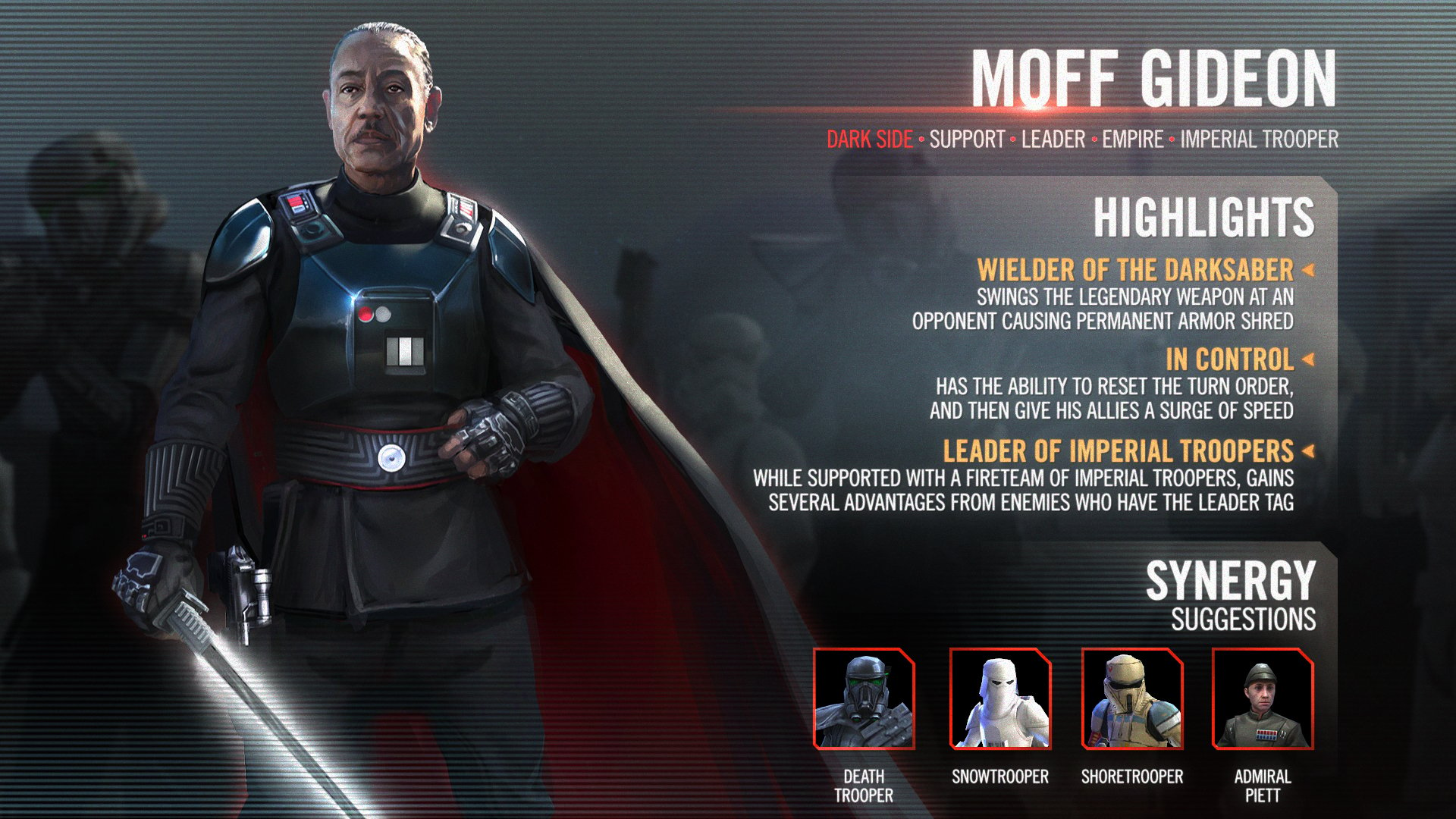 Moff Gideon has arrived to impose his will on the Holotables! The formidable Moff, once an officer in the Imperial Security Bureau and now wielder of the legendary Mandalorian Darksaber, uses his unique talents to lead Imperial Troopers into battle.

Always tactical and looking for every advantage, Moff Gideon controls the battlefield by utilizing AoE attacks, Turn Meter manipulation, and applying both Daze and a new debuff that leaves his foes Demoralized.

With the Darksaber in hand, Moff Gideon turns his attention to chasing down the Child. Use his unrelenting focus and astute battlefield knowledge to lead your squad of Imperial Troopers onto the Holotables and bring glory to the Empire by unlocking Moff Gideon in an all-new Marquee event.


The Basics:
Unique Attributes:
Inspiration:
Strategy Tips:
Squad Suggestions:
FAQ:
Does Moff Gideon himself revive with the revive ability in his Leader?
Subversive Volley hits anyone with the leader tag and not just the unit in the leader slot?
I’m excited to see what the darksaber will look like in game.
Does Control the Situation take away turn meter from both sides?
20
Reply to this topic
Sign In or Register to comment.