"To Me, She is Royalty" In-Game Title Awarded

CG_Doja_Fett_MINI
520 postsSWGOH Dev Team › EA Community Manager
January 28, 2021 12:04AM edited January 2021
Back in October during my first few weeks as a Community Manager for SWGOH, I learned that a player, thegeneral, accomplished an amazing feat that I felt deserved some sort of special recognition.

I am happy and excited to announce that as of today, thegeneral, now has the unique in-game title "To Me, She Is Royalty," which recognizes their accomplishment and was "awarded for dedication to the heroines of the galaxy."

Not only is it well-deserved, but it goes to show we all have our own reasons for playing the game, and we can do it in our own meaningful ways.

Hats off, thegeneral -- We salute you! 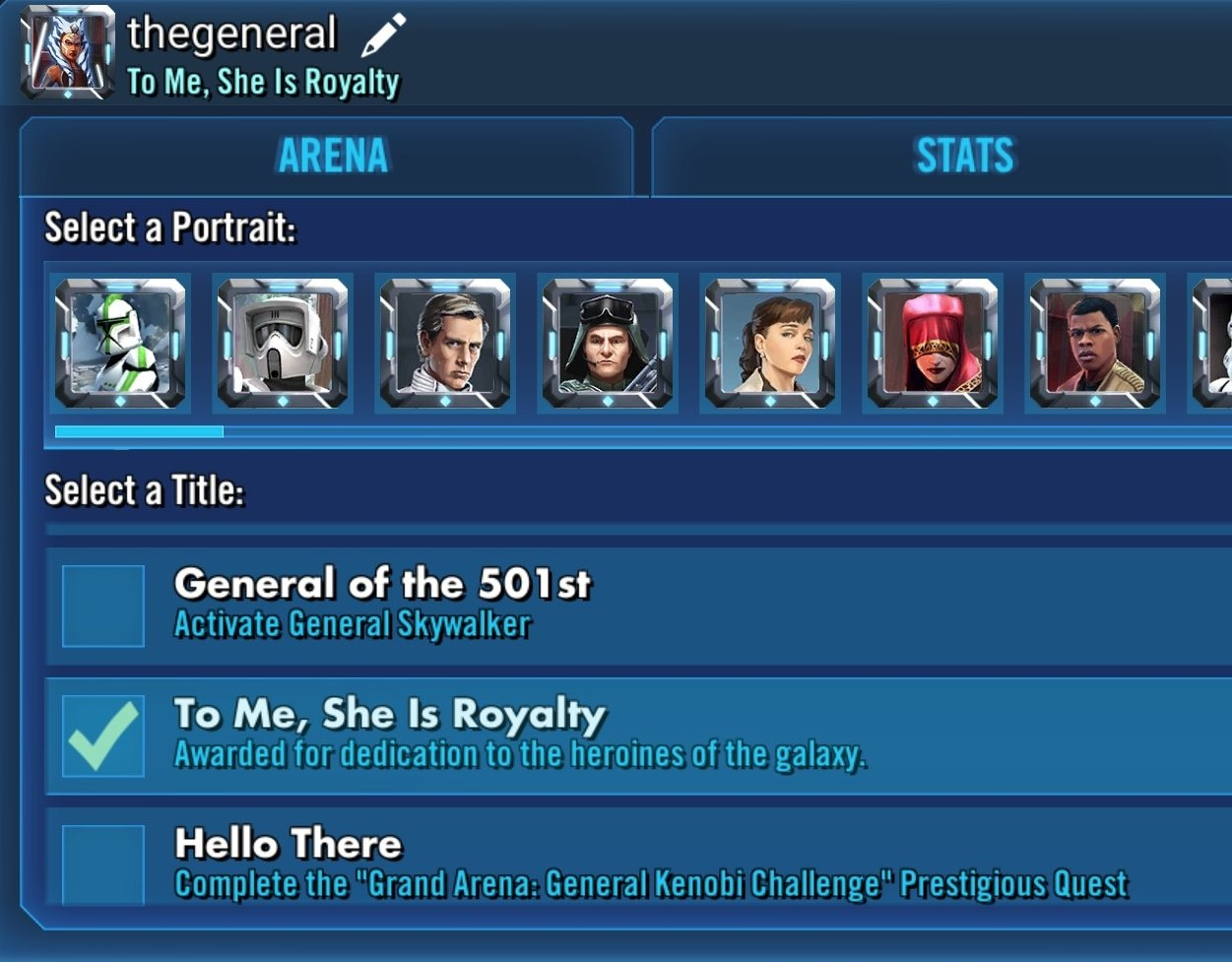