Today’s Title Update to Galaxy of Heroes expands the Galactic War table with a new game mode, Conquest! You will face increasingly difficult foes as you advance from sector to sector, but special Data Disks and consumables will help power up your squads along the way. You’ll need a variety of squads and your favorite combination of Data Disks to defeat some of your most difficult challenges yet! Complete feats and battles to improve your reward crate at the end of the event and for this Conquest, earn a very special ship, the Razor Crest! The first Conquest event begins March 1st at 11AM Pacific. 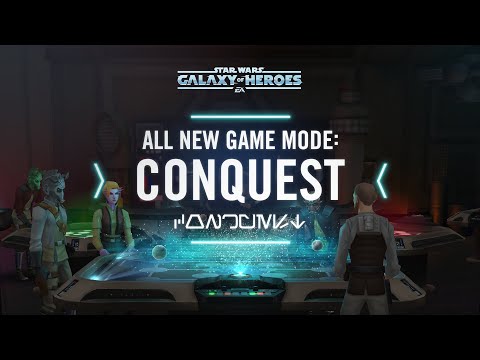 NEWS
CHARACTERS AND SHIPS
For more info on these units, check out the kit reveals and strategy guides below:
FIXES
KNOWN ISSUES
Post edited by CG_SBCrumb on February 2021
5
Reply to this topic
Sign In or Register to comment.