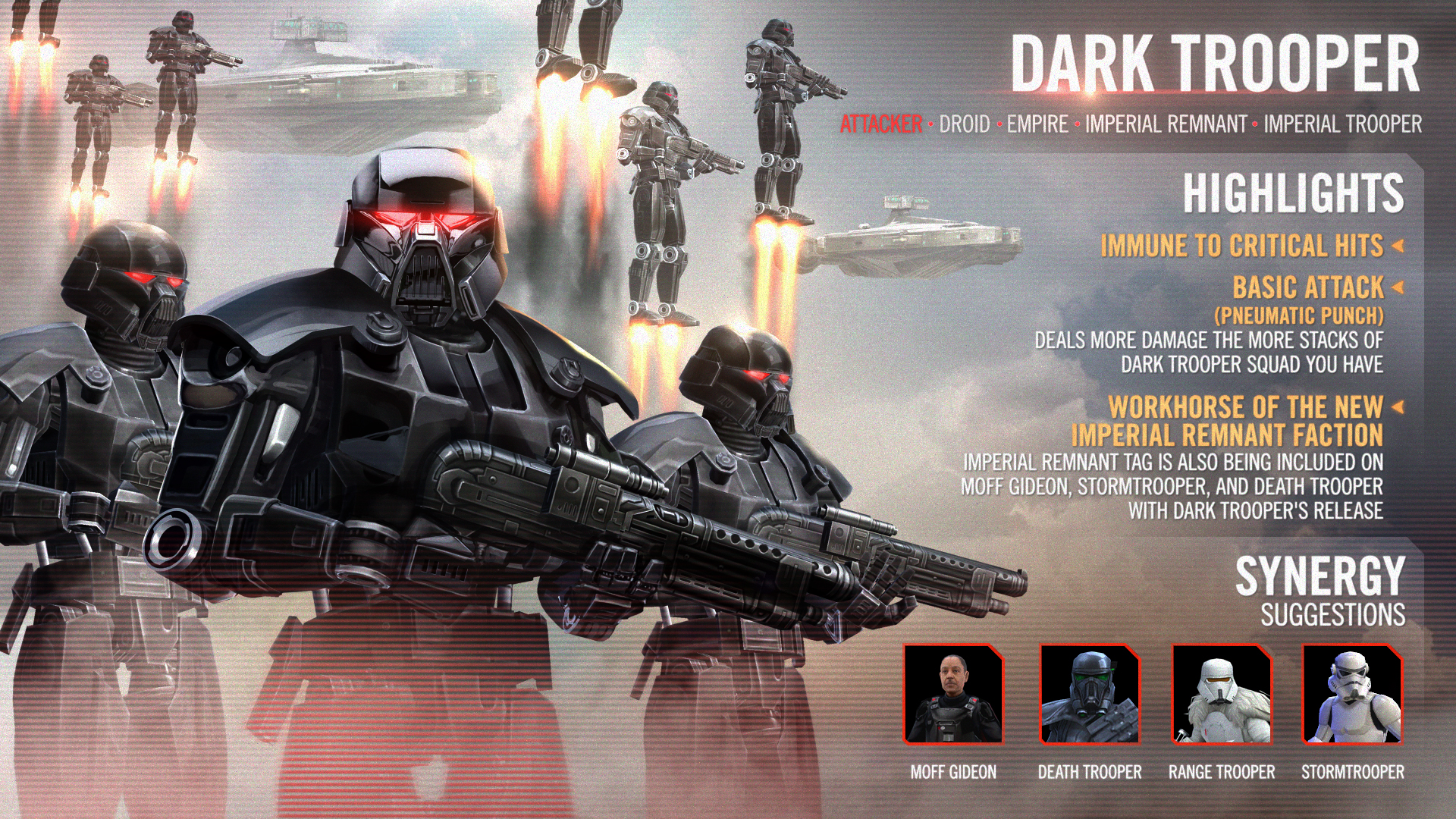 FINAL TEXT: Deal Physical damage to target enemy once for each stack of Dark Trooper Squad. This ability can't critically hit unless this unit has Advantage.