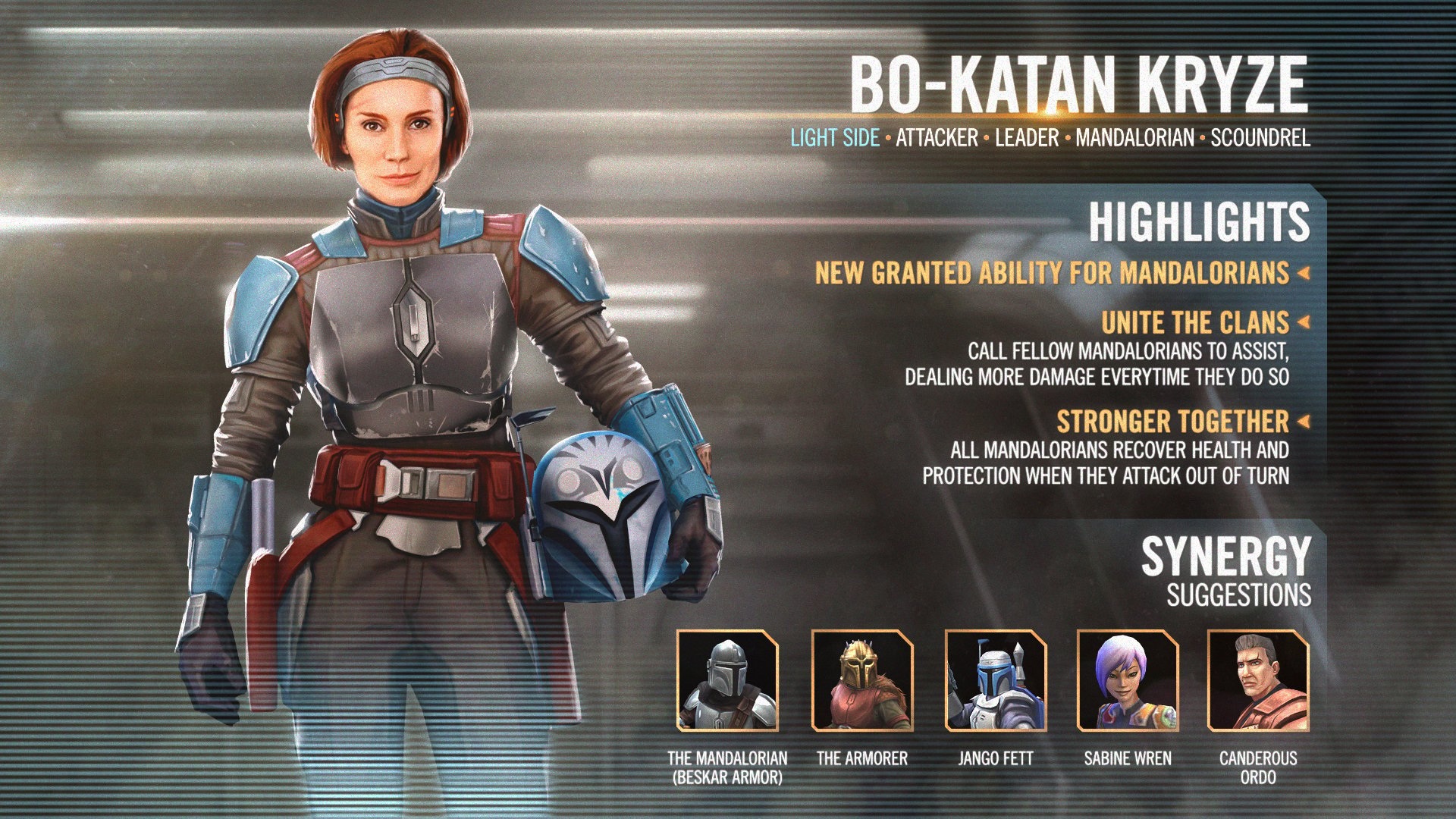 Bo-Katan Kryze, the fierce Nite Owl agent, Death Watch lieutenant, and once-upon-a-time Darksaber wielder, marks her arrival to the holotables by calling on Mandalorians to unite in battle! A firm believer in the martial history of Mandalore, Bo-Katan is usually well-positioned to recruit allies to further her objectives and dispense of her enemies.

Bo-Katan stands ready to provide leadership and synergy for the Mandalorian faction by calling them to assist, providing valuable Protection bonuses, dispelling debuffs and granting Critical Damage increases. She also has the ability to inflict Daze and Vulnerable on enemies, increasing the effectiveness of any band of Mandalorians she is leading.

Add Bo-Katan to your roster of heroes by completing her all-new Marquee event and help her claim her rightful place in Mandalorian history.

Additionally, Canderous Ordo’s Unique ability and Sabine's Special 2 have been updated to synergize with the Mandalorian tag in addition to their existing factions.