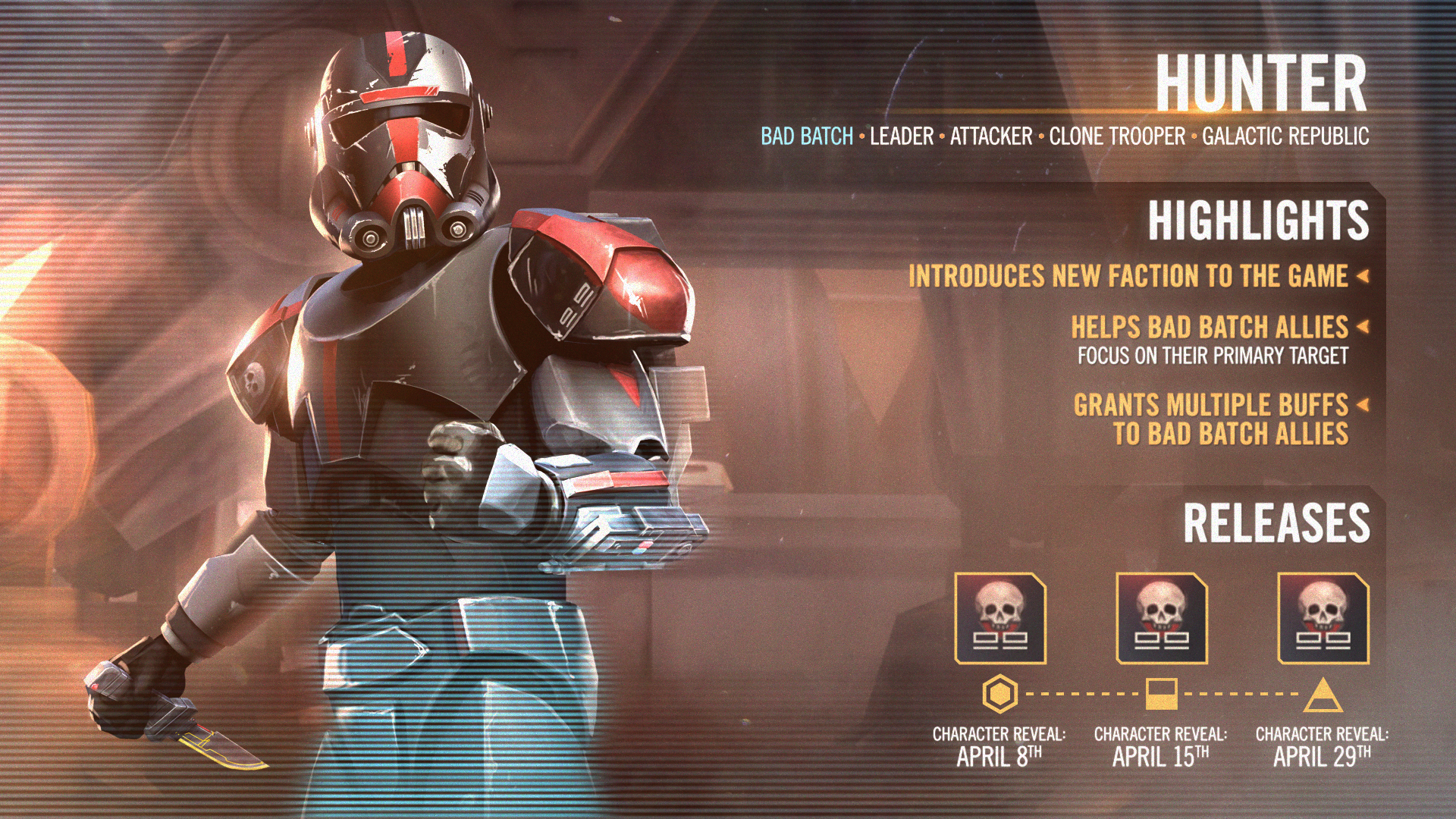 The commanding officer of Clone Force 99 has joined the Holotables! The clone nicknamed Hunter leads the elite but unconventional squad known as the Bad Batch for the Grand Army of The Republic.

Hunter can lead a squad of Clone Troopers but doesn't usually work with the “regs” and prefers to have his Bad Batch allies at his side. He has chosen a different path compared to other clones and prefers covert tactics. Hunter ambushes his foes with Shrouded Approach, an ability that allows him and his Clone Trooper allies to gain Stealth while allies with the new Bad Batch faction tag also gain Critical Chance Up and Offense Up. Under Hunter’s leadership, Bad Batch allies have increased Max Health, Max Protection, and Potency and can take down those pesky clankers or Separatist enemies with ruthless efficiency.

Unlock Hunter in the all new Marquee event: Clone Force 99 I