VicMackey
17 posts Member
April 14, 2021 12:58PM edited April 14
Would welcome your assessment of my get-DRevan team. Crouching Rancor shows my Carth, HK, and Juhani are not ready gear-wise. I'm also eager to hear your thoughts on truly necessary Omegas and Zetas. Thank you in advance. 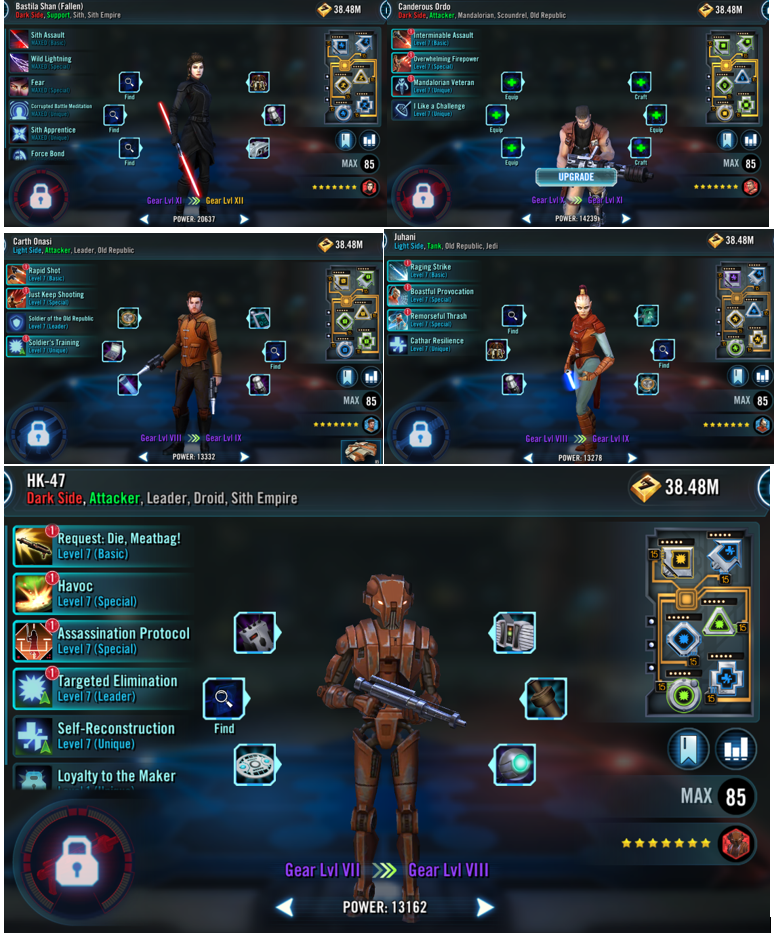