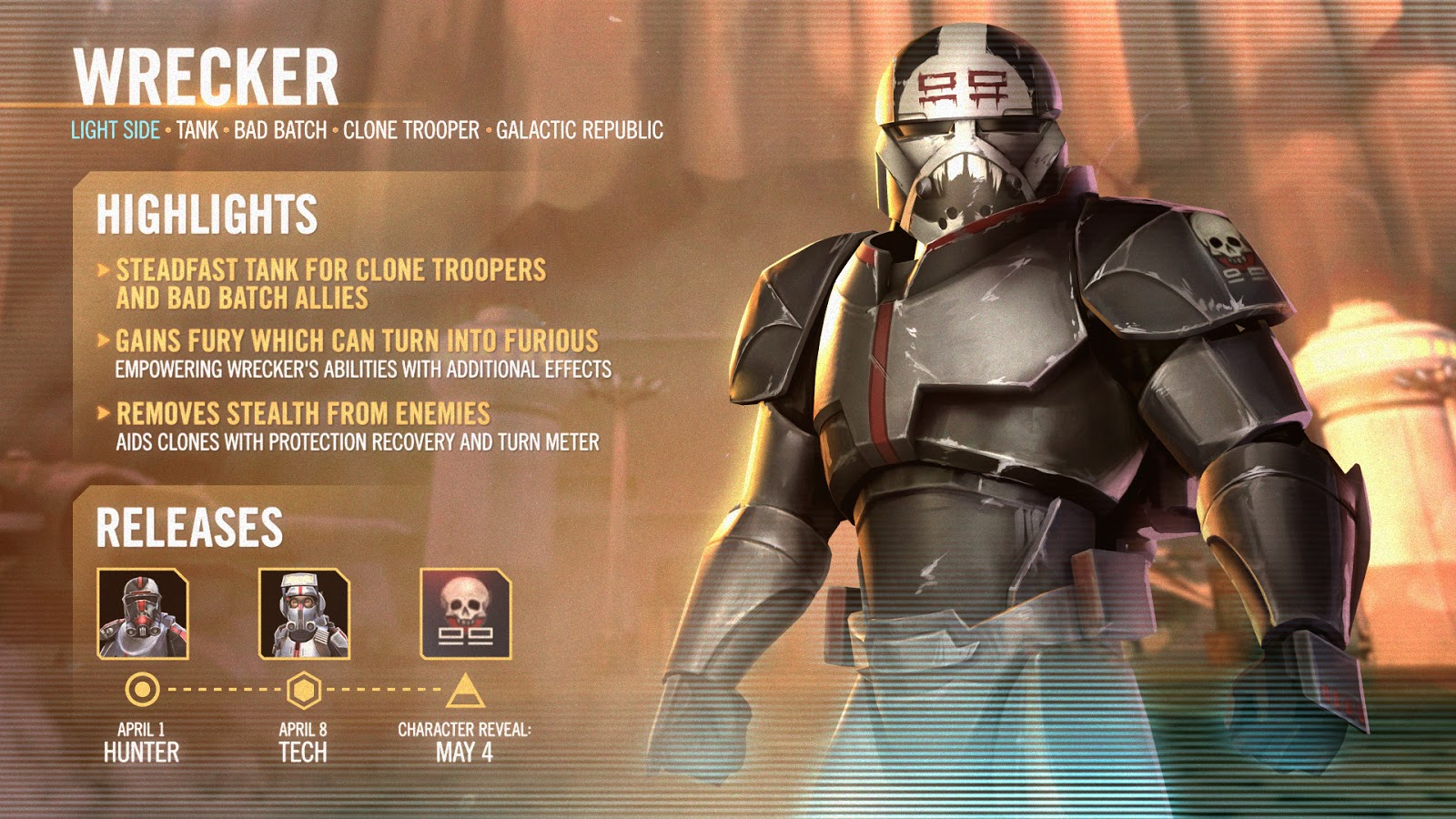 Wrecker, the resilient and dauntless commando of Clone Force 99 has joined the Holotables!

This extra large genetically engineered soldier protects his Clone Trooper and Bad Batch allies with a ferocity and strength that few other clones possess. After taking damage from his enemies, Wrecker turns his Fury into a new undispellable buff, Furious, which boosts his abilities with additional effects.

Wrecker’s large stature and demeanor means he is not particularly suited for sneaking around and there are few words he hates more than "stealth". In battle, whenever Wrecker gains Stealth, he dispels it and gains Taunt. Wrecker would much rather rip enemy droids apart with his hands, use another droid as a melee weapon, or just blow the whole thing up. "Quiet" is not part of this clone’s vocabulary.

The Basics:
Unique Attributes:
Inspiration:
Strategy Tips:
FAQ:
20
Reply to this topic
Sign In or Register to comment.